Browse Articles  »  Technology  »  The Cause of Unbalanced Three-Phase Load in...

The Cause of Unbalanced Three-Phase Load in Diesel Genset

Why is the three-phase load of diesel generator unbalanced? Today Starlight Power answers for you.

Here are some reasons:

2.A power transmission sequence is in incomplete operation.

3.Single phase of the system is overloaded(if there is a single-phase load with large capacity).

4.The failure of stator ammeter and circuit of electric energy metering device also contribute to the indicative asymmetry of three phase ammeter.

Hazards of the unbalanced three-phase load of diesel generator.

2.When electricity goes through the neutral line, wastage of the low voltage line increases.

3.It will lead to the asymmetry of three-phase voltage and the displacement for electric potential of neutral point.

4.Excessive neutral current will rise the temperature of power transformer when it is in service, and will burn it out at worst.

5.It is able to undermine the output power of the generator, and rise the winding temperature.

6.It will make the voltage of some phases high and others low.

7.When the neutral line is overcurrent, the alien line might be burn out.

How to solve the problem of unbalanced three-phase load? 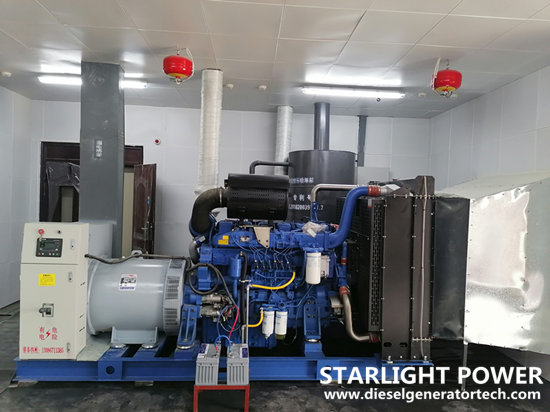 To better learn about the diesel generator and make a right decision in purchasing, the three-phase loads and single-phase load will be introduced here:

In a word, the single-phase means using a phase, which is commonly known as live wire, and a null line to provide power source for the operation of the electric appliance.

Being established in 1974, Jiangsu Starlight Electricity Equipments Co., Ltd. is a manufacturer for diesel generator sets. We are committed to the production of high-quality diesel generator sets, providing products including Cummins, Perkins, Volvo, Deutz, Yuchai, SDEC, Weichai, Ricardo, MTU and the likes, with the power range from 20 KW to 3000 KW. For more information, please contact us by e-mail sales@dieselgeneratorech.com or telephone +86 13481024441.