by Vegan Culinary Cruises Luxury – All Inclusive – All Vegan
Bread is a wonderful thing. It is one of the first vegan foods that ancient civilizations discovered, and is still enjoyed today. Whether you’re buying vegan bread at the store, enjoying luxurious bread on a vegan culinary cruise, or preparing your own plant-based bread at home, a great baked dish is something that can really make your day better. Here are some vegan bread recipes that you might like.
Simple Veganista’s No Knead Artisan Bread
Artisan bread lives up to its name. It is very fresh, often unadorned, and is presented in such an unpretentious way. Great artisan bread parcels evoke the imagery of sunlit bakeries, where the air is filled with the scent of dough being molded into delicious meals. However, this particular recipe does not require that you knead it, allowing you to enjoy it quickly and efficiently.

Get this lovely recipe here: https://simple-veganista.com/no-knead-artisan-bread-short-rise/
Ginny McMeans’ Plant Based Herbed Focaccia Recipe
Have you ever wondered what it was like to chow down on pizza bread? Well, with focaccia, you’ve got your answer! Well, almost. Focaccia uses more yeast, but we digress. Focaccia is a fluffy and delightful Italian bread recipe, full of awesome herbs to improve its flavor and texture. Are you looking for something filling and fluffy to chew on, but don’t want to prepare a bread type that you’ve already eaten before? Well, try something new with this plant-based herbed focaccia recipe! 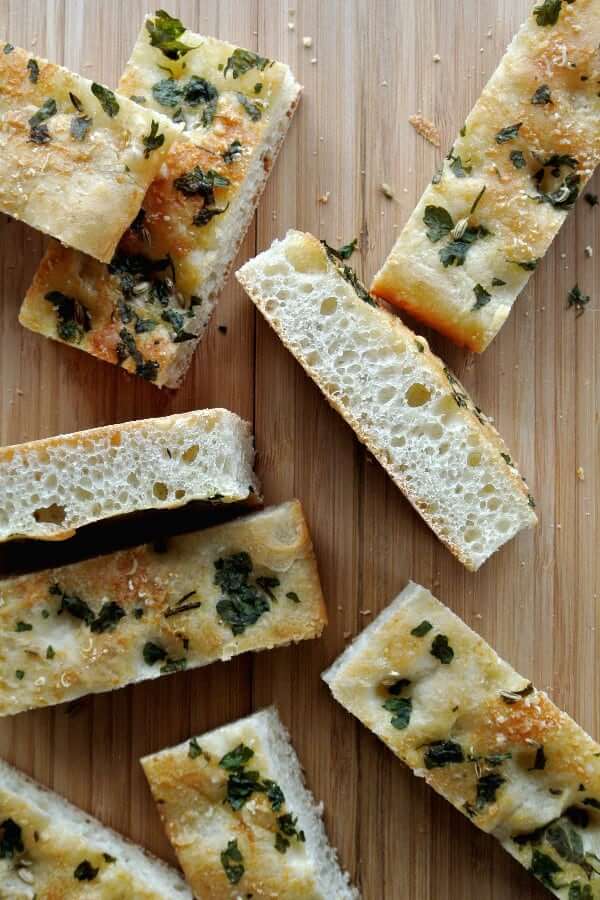 Get it here: https://veganinthefreezer.com/herbed-focaccia/
The Minimalist Baker Presents Easy Vegan Naan
When it comes to delicious and exciting vegan and vegetarian recipes, a naan-based dish is something that you won’t forget. Naan is a flatbread that can be found in a lot of places in the world, from the Middle East, India to even the Caribbean. This aesthetically pleasing bread is perfect for a variety of sauces and meal types. It pairs really well with various spices too. Like a blank canvas, naan flatbread is a good foundation for a variety of awesome recipes for you to try out. 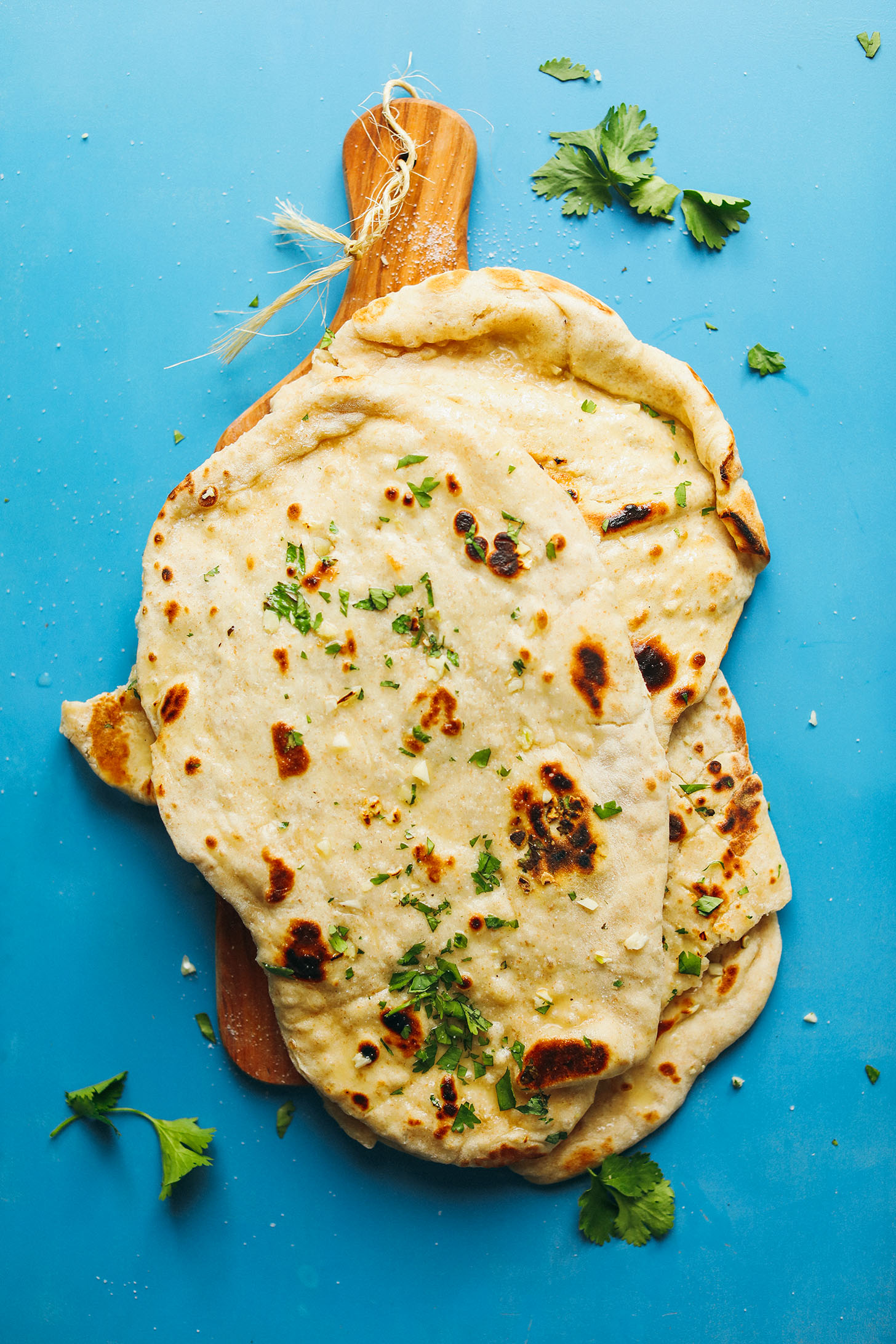 Get the recipe here: https://minimalistbaker.com/easy-vegan-naan/