Talcher's Coal Gasification Based Fertilizer Plant to Start Ops in 2023

by Rudy P. SysAdmin at howtofindthemoney
The Centre has planned to achieve zero import dependency in urea by 2023. Union Fertilizer Secretary Chhabilendra Roul, who was in the city Monday, said the country will attain zero import dependency of urea after commissioning five fertilizer plants including the one in Odisha.
“India imports 80 lakh MT of urea. With the commissioning of these five plants, import dependency of urea will come down. The five plants together will produce 62.5 lakh MTs per annum,” Roul said.
The five plants are located at Talcher in Odisha, Ramagundam in Andhra Pradesh, Gorakhpur in Uttar Pradesh, Sindri in Jharkhand and Barauni in Bihar. 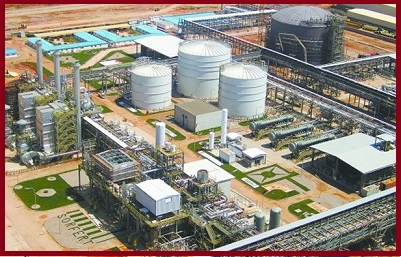 Roul said, “The plant at Ramagundam will start commercial production from March, 2020. Three plants at Gorakhpur, Sindri and Barauni will be commissioning in December, 2021 while the plant at Talcher will be operational from September, 2023.”
“At present, India is producing 240 lakh MT of urea per annum but the need is 320 lakh MT,” he said, adding Rs 40,000 crore was allocated for the five plants. The coal gasification based fertilizer plant of Talcher Fertilisers Ltd will have an output of 1.27 million Metric Tonnes Per Annum (MMTPA) of ‘neem’ coated urea using a blend of indigenous coal and petcoke as feedstock.
The 10 largest coal producers and exporters in Indonesia:
Click Here! Top Clean Coal Contractors for Power Plant, Gasification, Liquefaction and Emission Control System
Source: Orissa Post