by Rudy P. SysAdmin at howtofindthemoney
The Ministry of Environment and Forests (MoEF) accorded Environmental Clearance (EC) to the expansion proposal by Singareni Collieries Company Limited (SCCL), to construct 800 MW coal-based supercritical thermal power plant at Pegadapalli village of Jaipur mandal in Mancherial district, in addition to the existing two 600 MW coal-based thermal power plants there. The MoEF conveyed this to the SCCL in a letter dated December 18.
According to the MoEF letter, the new power plant would require an area of around 127 hectares and would consume about 4 million tonnes per annum of coal. The plant would have water requirement of around two tmc ft per annum, which would be sourced from the river Pranahita. 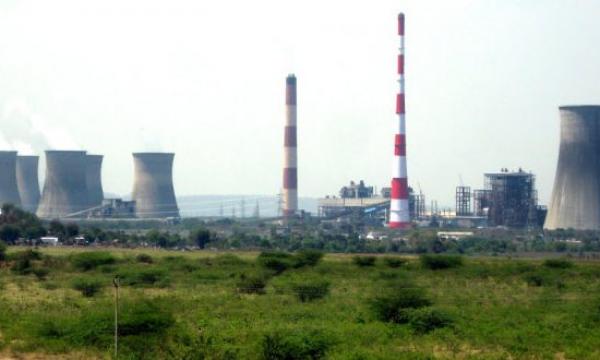 The coal for this project is to be sourced from the Naini coal block of the SCCL in Odisha, which is yet to receive Environmental Clearance from the MoEF and is in the stage of having received Terms of Reference (ToR) from the ministry. Operationalisation of the coal block would require clearance from the forest department for the diversion of 783 hectares of forest land.
As per the Environment Impact Assessment report for the power plant, the plant would generate 0.78 tons of CO2/MWh. The EC given to the thermal power plant includes various conditions to be followed by the plant to limit the pollution caused by it, including high-efficiency electrostatic precipitator to limit the particulate matter in flue gas, wet limestone FGD system to limit emissions of sulphur dioxide, steam generator to limit nitrogen oxide formation apart from other measures to be taken regarding noise, air and water pollution, fly ash management etc.
The plan originally was to add another 600 MW thermal power plant to the existing two 600 MW power plants for which ToR were issued in 2015, but later the ToR was amended, for an 800 MW plant, to improve power availability in the state.
The 10 largest coal producers and exporters in Indonesia:
Click Here! Top Clean Coal Contractors for Power Plant, Gasification, Liquefaction and Emission Control System
Source: New Indian Express