Browse Articles  »  Technology  »  React Native Vs Flutter Vs Xamarin – Which Is...

React Native Vs Flutter Vs Xamarin – Which Is the Best Framework

Nowadays, apps have become an integral part of daily lives. Now, the question is, “what made us say that?” we can all admit to the fact that various applications can do various jobs and apparently they are very well fitted for that. Evidently, this has made us realize that mobile technology is the way of leading the future and of course making a fortune out of it. 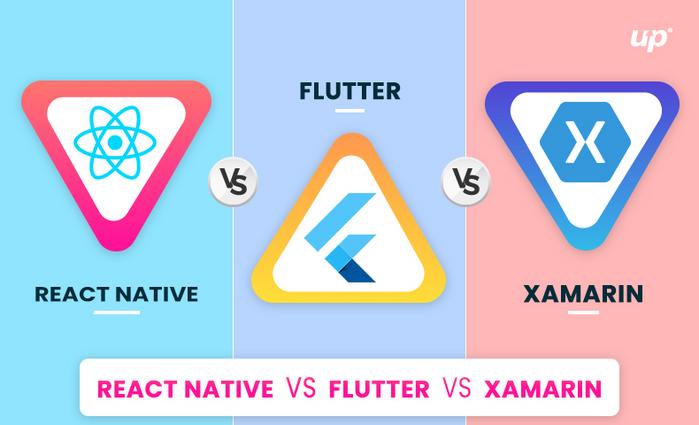 Apparently, there are quite several tools available for hybrid cross-platform app development:

From the above mentioned list, we have picked up three of the most popular and established solution – Flutter, React Native, and Xamarin.

In this particular article, we’ll be discussing their pros and cons and along with that, we’ll run a comparison by focusing on development, performance, and many other different aspects.

So, without any further ado, let’s start things up.

Xamarin was launched back in the year 2011, and later was acquired by Microsoft. This tool is used to write native Android, iOS and Windows apps with native user interfaces.

What is React Native?

It was presented by Facebook back in the year 2015; React Native emerged as a cross-platform app development technology because it uses JavaScript to build a native mobile app.

The navigation of your mobile is most likely not being equivalent to native navigation. Without a doubt, a navigation which is being designed in React Native is proven to be not that smooth.

Apps Built With These Platforms

Some of the most popular apps that have been built with Flutter are – AppTree, Alibaba, Topline, Google Adwords, Google Greentea, Refelcctly, Hamilton Musical, OfflinePal, Hookle, BetaBubs, and many more.

A few of the mobile apps that are built with Xamarin are – APX, Insightly, FreshDirect, SuperGiant Games, Thermo Fisher Sceintific, Olo, Just Giving, Skulls of the Shogun, The World Bank, Storyo, etc.

Which Framework is the better one?

All three of these frameworks are totally suitable for making a best-in-class app. however; it is quite a task for us to say which one is the better one. Instead of that, you need to think which one is to choose for your business. Some prefer coding in React Native while other chooses Flutter, and only a few consider Xamarin.

Being one of the best Xamarin app development companies out there, Fluper has vast experience in developing reliable yet productive apps at the same time. So, if you want to make an app, then feel free to contact us to receive spontaneous response.