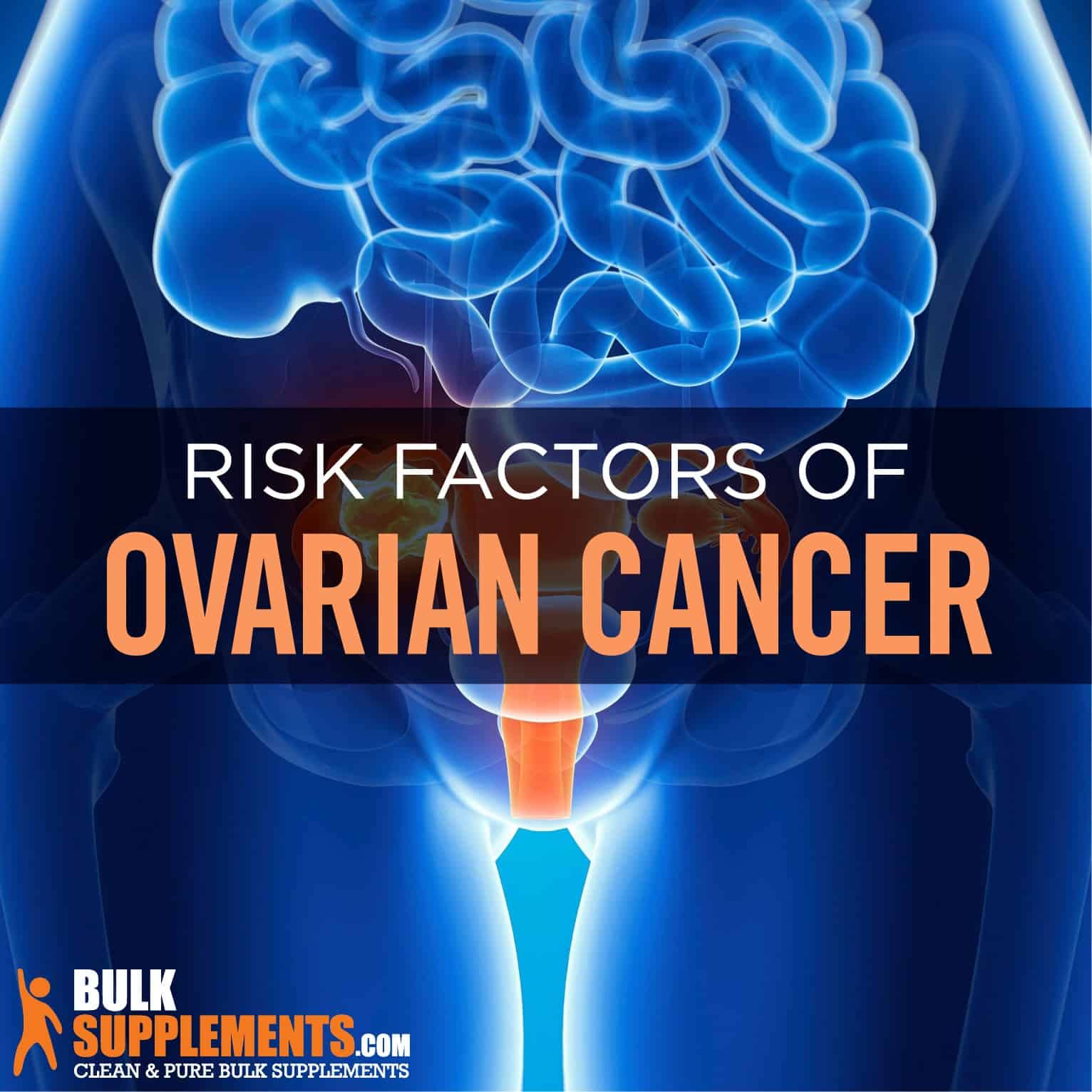 What is Ovarian Cancer?

Cancer develops from abnormal cell growth in different parts of the body. With ovarian cancer, cancerous cells develop inside, near or on the outer layer of the ovaries. The ovaries are a key part of the female reproductive system. Each ovary is roughly the shape and size of an almond. There are two ovaries on opposite sides of the uterus. They store eggs and also produce estrogen and progesterone.

Every year, around 20,000 women in the U.S. are diagnosed with ovarian cancer. Postmenopausal women and those with a family history of the condition might be at a higher risk for this type of cancer. Sometimes ovarian cancer is called a “silent killer” since the symptoms are not specific and patients may mistake them for other conditions related to aging or gastrointestinal problems.

There are three types of cells in the ovaries and each can form into a different tumor: epithelial, germ cell and stromal tumors.

This is the most common form of ovarian cancer. It develops in the cells in the ovary’s outer surface. They can be benign, malignant or they can be borderline with potential to be malignant.

Germ cell tumors make up less than 2 percent of ovarian cancer cases. They develop in the ova or eggs in females and sperm in males, which are made up of germ cells. Most of the time, germ cell tumors are benign, but some cases may be life-threatening.

These tumors develop in the tissue that holds the ovaries in place. It also produces estrogen and progesterone.  Approximately 1 percent of ovarian cancer cases are stromal tumors.

Many women do not show symptoms in the early stages. However, when they do appear, the symptoms are usually nonspecific and patients may be mistaken for other common disorders.

Medical researchers do not know exactly what causes ovarian cancer. However, there are a number of factors that increase the risk. For example, age is a major risk factor. Most patients develop ovarian cancer at the age of 55 or older, but women in their 40s to 50s can also develop the condition.

Patients with family members who have had ovarian or breast cancer may also be at a greater risk of developing it. Speak to a physician about genetic testing, genetic counseling and other measures to manage or lower the risk for ovarian cancer, including preventative surgery. Some other common factors that increase the risk of ovarian cancer include:

According to research, the risk for ovarian cancer seems to be lower if a patient uses birth control pills for three to six months. The longer patients use the pill, the lower the risk seems to be. Patients can reduce the risk further by using depot medroxyprogesterone acetate or injectable contraceptive hormone, especially for more than three years.

Women who have had multiple full-term pregnancies, particularly before age 26, have a reduced risk for ovarian cancer. Generally, the more pregnancies, the lower the risk. Breastfeeding can also reduce the risk.

According to studies, fertility drugs can also increase the risk for ovarian cancer, particularly in those who have taken them for over a year without a resulting pregnancy.

High body weight or obesity appears to raise the risk of developing various types of cancer. More commonly, ovarian cancer develops in women with a body mass index higher than 30.

Researchers have concluded that replacement therapy may slightly raise a patient’s risk of ovarian cancer. In studies, the risk seems to increase the longer the patient undergoes this treatment. In many cases, the risk reduces when treatment stops. Androgen therapy can also raise the risk.

According to research, women with endometriosis have a greater risk of having epithelial ovarian cancer than women without it. According to studies, endometriotic cysts have iron in their fluid and medical researchers have concluded that it causes oxidative stress, which may influence gene mutation and malignant ovarian cysts.

Surgical procedures on the reproductive organs may lower the risk of ovarian cancer. According to research, women who have had tubal ligation or hysterectomy are 30 percent less likely to develop ovarian cancer.

The best options for treating ovarian cancer depend on various factors, including the stage and sub-type of the condition. In most cases, treatment can include a combination of the following:

Chemotherapy uses drugs to destroy cancer cells or slow down or stop their growth. Usually doctors administer medication intravenously so that it reaches different areas of the body directly through the bloodstream. Patients may undergo chemotherapy before surgery to make the procedure easier or after, to destroy any remaining cancer cells.

In most cases, surgery is the main type of treatment. There are several different surgical procedures available, depending on the patient’s health and how far the cancer has spread. The types of surgery include:

Targeted therapy drugs identify and destroy cancer cells to alter how they grow, repair, divide or relate to other cells. However, the drugs do so without harming healthy cells in the body.

Prognosis depends on the type of cancer, but statistics cannot precisely predict how effective treatment will be or the survival rate. However, treatment may be more successful if it is detected early. In addition, the prognosis will depend on the type, stage, grade and site of the cancer cells. The patient’s overall health plays a role as well. The doctor will keep a close eye on the treatment to monitor the patient’s recovery and they may also perform routine tests to make sure the cancer does not return. Treatment may cause long-lasting side effects, but a healthcare provider can help manage them.

In addition to medical treatment, supplements may help ease some of the symptoms associated with ovarian cancer and help benefit overall health. Be sure to follow a doctor’s instructions before starting a regimen.

In addition to its common role as a culinary spice, rosemary can also promote immune and circulatory health, support hair growth and improve memory. Rosemary also has antioxidant properties that can minimize free radical molecules that cause disease. As a dietary supplement, take 500 mg of rosemary extract powder once or twice a day, after confirming the dosage with a physician.

Beta glucan provides an array of benefits, but most of the time patients take this supplement to promote immune system health so the body can fight infections. It boosts white blood cell production that defend the body from harmful invaders that cause disease. Mushrooms, yeast and algae are good food sources of beta-glucan, as well as oats and barley. But it is also available as a dietary supplement. Take 250 mg of beta glucan powder once a day with food, if a healthcare provider approves the regimen.

Ginger originates in southeast Asia, but now countries around the world use it for a number of different health benefits that help maintain overall health. It is a very powerful and effective natural anti-inflammatory and antioxidant substance. It also boosts immune function. Ginger protects the body from oxidation, which can trigger ovarian cancer. Dietary supplements may also help relieve some symptoms of ovarian cancer or side effects of chemotherapy treatment, such as nausea or vomiting. Take 1,000 mg (about ½ tsp) of ginger root extract powder with water once per day, or following a doctor’s instructions.

Inositol hexaphosphate is present in foods, such as nuts, seeds, legumes and grains. The body cannot digest inositol hexaphosphate from food, but the body can make it itself. It is an antioxidant that can boost the immune system, but medical researchers study its effects on cancer treatment and prevention. Its antioxidant properties may help the body combat malignant cells or play a role in gene expression to benefit cancer recovery. However, researchers are still conducting studies.

Cranberries are a sweet-tasting fruit, but they can also provide several different health benefits. It contains loads of beneficial antioxidants and phytonutrients. They can regulate immune responses by stimulating anti-inflammatory effects. Cranberries can help fight against cancer and diabetes and promote cardiovascular health.

Cranberry supplements can also promote general health. As a dietary supplement, take 400 mg of cranberry extract powder with water up to three times per day, or following a physician’s advice.

Diindolylmethane (DIM) is a powerful antioxidant that helps support overall female metabolism and a strong immune system. Research suggests that it may even help prevent cancer, including prostate, colon and ovarian cancer. It influences estrogen to help correct hormone imbalances, which can trigger prostate cancer in men.

It is present in vegetables, such as broccoli, cauliflower and cabbage, but it is also available as a dietary supplement that can ensure a consistent dosage. The recommended dosage for diindolylmethane (DIM) powder is 100 to 200 mg, once or twice daily, with a physician’s approval.

Green tea is a popular supplement and energy source. It is packed with highly concentrated antioxidant levels. They counteract free radicals that cause damage and illness, including cancer. It has polyphenol antioxidants, which stimulate antioxidants in the body. It can also help relieve inflammation and keep the heart healthy.

In addition to drinking the tea itself, patients can also take green tea supplements. This green tea derivative contains 50 percent epigallocatechin (EGCG)—antioxidants that may promote overall health and counteract free radicals. EGCG might also promote weight management. Take 500 mg of green tea extract up to twice a day. Do not use more than 1,000 mg in one day and do not use it for more than three months because it can cause liver or kidney damage.

Bitter melon contains several minerals and vitamins, including potassium, Vitamin A, Vitamin C, magnesium, zinc and calcium. It has natural antioxidant and anti-inflammatory properties that can help reduce oxidation in the body. Research also claims that it has anti-carcinogenic effects that may destroy cancer cells or slow down their growth. As a dietary supplement, take 750 mg of bitter melon extract powder once a day with food, after consulting a physician.

Native to Europe, milk thistle is now grown all over the world. The roots and flower heads are edible and can provide many different health benefits. The active ingredient in the seeds is concentrated silymarin, which can reduce inflammation, counteract free radicals and trigger cancer-fighting cells to interfere with tumor growth. However, there are some potential issues with silymarin in the digestive system and researchers are still conducting studies. As a dietary supplement, take 250 mg of milk thistle extract powder daily with or without meals, with a doctor’s permission.

Ovarian cancer is a form of cancer that develops in the ovaries. The ovaries are little, almond-shaped organs on the right and left sides of the uterus. They are vital to the female reproductive system because they produce eggs and the hormone progesterone.

There are several different factors that medical researchers link to ovarian cancer. These include age, genetics, family history of ovarian cancer, reproductive history, birth control pills and hormone replacement therapy. Patients can also potentially develop ovarian cancer if it has spread from another location, such as the colon or the breasts.

Early symptoms are similar to those of other diseases, so it may be difficult to diagnose ovarian cancer. Patients might have bloating, stomach pain or issues with urination. A patient might also experience unusual vaginal bleeding. If you experience these symptoms, it does not necessarily mean that you have ovarian cancer. However, it is important to consult a doctor to rule out any serious conditions.

Treatments vary depending on the type, stage and grade of the cancer. Doctors also take notice of whether it has spread to other areas of the body. Common forms of treatment include surgery, chemotherapy, radiation therapy, targeted therapy and hormone replacement therapy. Patients may often need more than one form of treatment. Early diagnosis and treatment may be a patient’s best chance for a positive outcome and recovery. Another way to help benefit overall health is dietary supplements. They have antioxidant, anti-inflammatory and cancer-fighting properties that may help. However, it’s important to consult a doctor before starting a supplement regimen.