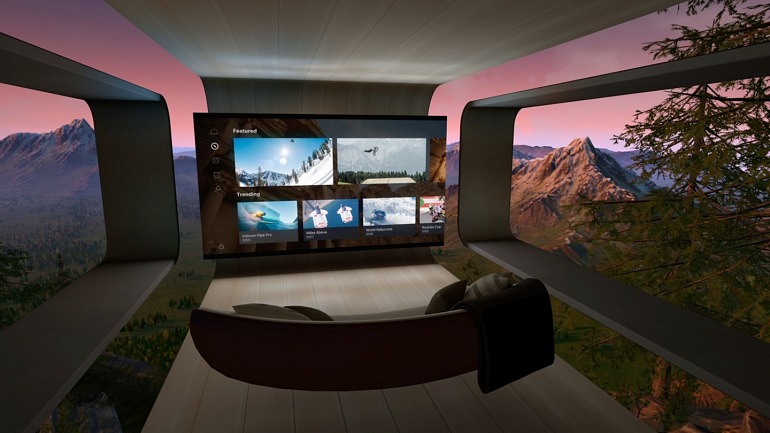 Oculus has officially launched Oculus TV, its free multimedia center to watch video content on a large virtual flat screen. It is available for its latest viewer, Oculus Go, which reached the market almost two months ago for 219 euros. It is a platform that brings together all the video options of virtual reality, an attempt by Oculus to highlight the uses of virtual reality outside of video games. Oculus TV puts us in front of a screen equivalent to a real 180-inch screen. It's like having a virtual home theater where we can watch content from several North American video platforms (for now) like Showtime, free TV services like Pluto TV or Facebook videos.
Oculus Go already put at our disposal other video platforms without virtual reality such as Netflix or Hulu, but in the case of Oculus TV, the contents will depend on each market and each subscription, as with Netflix, without going any further. However, Oculus has promised that throughout this summer it will expand the offer of video services as it consolidates new transmission agreements. How could it be otherwise, and unfortunately, it is a one-person experience that can not be shared. In fact, for that already exists Oculus Rooms, so we imagine that it will be a pity to see so much tele solo. However, it is a good starting point to combine the whole video experience in Oculus Go.