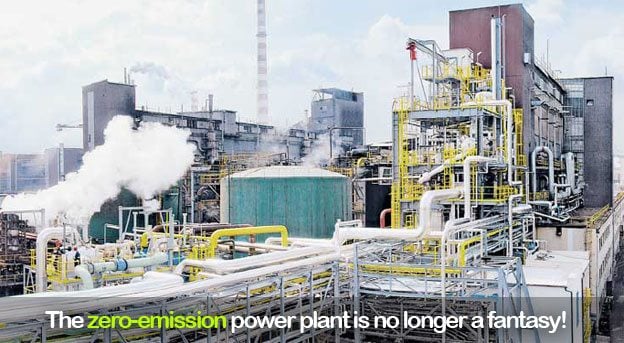 Researchers at Zhejiang University aim to further lower the emissions of coal-fired power plants by improving the ultralow emission technology they have developed.
Their system can effectively reduce the emissions of pollutants such as sulfur dioxide, sulfur trioxide and heavy metals such as mercury.
"We are improving the accuracy of the system, lowering the operating costs under variable load conditions and promoting the system from coal-fired power plants to also be applied to industrial boilers," said Zhang Yongxin, a researcher at the university's Institute for Thermal Power Engineering.
Coal is the main source of energy in China. According to the International Energy Agency, the country has been the world's largest producer of coal since 1985 and produced nearly half the world's coal in 2014.
Gao Xiang, a researcher at the institute who heads the team working on the project, said coal accounts for over 90 percent of China's proven reserves of fossil energy resources and, even though new energy is weighing in, its coal-based energy structure is not likely to change in the short term.
Pollutants such as nitrogen oxides, particulate matter and sulfur dioxide emitted when coal is burned are major causes of atmospheric pollution, including smog.

"So how to reduce the emissions of coal-fired power plants is of great significance to China's clean coal utilization and energy security, and it has become a national strategic imperative," Gao said.
His team has been studying technological answers to coal-fired pollution since the early 1990s. However, the diversity of China's coal resources－including their vast geographical distribution and the complex combustion features and pollutants－are some of the hardest problems to tackle.
"It requires that the clean system must adapt to these 'coal situations'," Gao said, adding that variations in power plants' output also placed high demands on the system's adaptability and reliability.
After over 20 years of research, Gao and his team developed an integrated ultralow emission system capable of filtering out various types of pollutants from coal-fired flue gas quickly and cheaply.
The team has been working with Zhejiang Energy Group to apply the technology. In 2014, the company's Jiahua power plant was retrofitted with the ultralow emission system, and the emission indicators of all major pollutants are now about one-sixth of strict European Union standards.
It has been recognized as a model power plant in energy saving and emission reduction by the National Energy Administration.
By June 2017, Zhejiang Energy had upgraded 46 power plants. According to company data, emissions of sulfur dioxide have been reduced by 83 percent compared with national emission standards, nitrogen oxides by 50 percent and particulate matter by 67 percent.
In January 2018, the project earned the first prize in the National Technology Invention Award. The Ministry of Science and Technology said the system had drastically reduced the pollutants emitted by coal-fired power plants nationwide while boosting their profits by 1.19 billion yuan ($173 million) from 2014 to 2017.
"We aim to further lower the emissions of multiple pollutants and also foster more young talent in this area of study," Gao said.
The 10 largest coal producers and exporters in Indonesia:
Click Here! Top Clean Coal Contractors for Power Plant, Gasification, Liquefaction and Emission Control System
Source: China Daily