Mortal Shell: Find and Use All Tarnished Seal Abilities

Mortal Shell is a new entry in the gaming industry, and it already impressed the fans by providing plenty of great content in its early stage. In the game, players don’t just need the shells, combat mechanics, weapons, but they also need the “Tarnished Seal” abilities to survive longer. The “Tarnished Seal” abilities play a major part in the game. Using the Tarnished Seal can help you to perform parry attacks, but it also indicates when you can’t perform the parry attack.

Tarnished Seal provides a lot of help through its abilities, but if you don’t explore it perfectly, you will surely miss out on some major factors. To acquire the Tarnished Seal abilities, you need to go to the “Old Prisoner” NPC, which is located at the opening of Mortal Shell. The first ability you will get is a healing ability which is default ability. When you perform the “Empowered Riposte,” ability, it will restore your slight health. To unlock more abilities, you need to go back to Old Prisoner to infuse abilities. 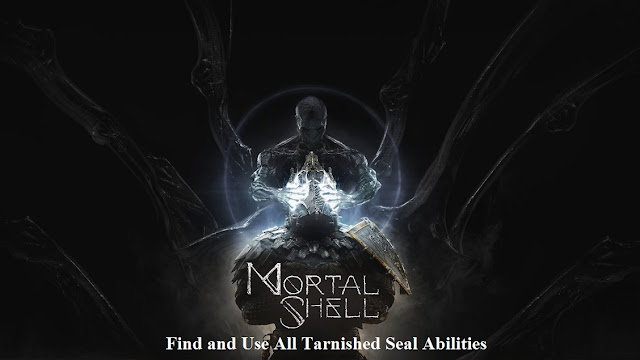 After Fallgrim, you have to reach the “Shrine of Ash.” In the Shrine of Ash, you have to defeat the “Imrod, The Unrepentant” boss. Defeating them successfully will grant you Inflamed Gland. Once you acquire it, move back to Old Prisoner to present you Inflamed Seal Infusion. After equipping the following infusion, a perfect parry attack will attach the glob of lava on the enemy while attacking. It will also create an explosion on the enemy.

After moving from Shine of Ash, visit the “Seat of Infinity.” There you need to defeat a boss named “Crucix, The Twiceborn.” Defeating the following boss will grant you the Knotted Gland. After acquiring the Knotted Gland, you need to get back to Old Prisoner once again to acquire new abilities. The seal describes, “Your riposte will bend time to your will.” It means, a perfect parry attack will freeze the time temporarily and will provide you with the opportunity to attack or to defend yourself from critical situations.

It is the final ability to acquire for the Tarnished Seal. The final Gland will be Crystalline Gland. Defeats the “Tarsus” boss in “Crypt of Martyrs” to acquire the Crystalline Gland. Once you get this, move back to Old Prisoner and pass it to him to get your final ability. From the ability, the character will unleash a rapid attack on his enemies through multiple angles. This ability will work only for a short time, but its damage will be massive on opponents.

You need to keep in mind that you can only have three abilities in the game. Each ability offers a special power that helps to kill and dodge enemies. In the battle, you can swap your abilities. Above the health meter, you can see which ability is active to use. To swap the abilities, you need to tap Triangle, Z, or Y.

Conclusion – The graphics and the movements in Mortal Shell is outstanding. Along with the graphics, the visuals while using the weapons and abilities make the game extremely stunning. To move at higher levels, it is necessary to have abilities, and that’s why having a Tarnished Seal is important.

SOURCE:- Mortal Shell: Find and Use All Tarnished Seal Abilities