Browse Articles  »  Technology  »  Learning About Apps – The Difference Of Web,...

Learning About Apps – The Difference Of Web, Native, And Hybrid Apps

by Kristen White Blogger
When you have finally decided that having a mobile app is essential for your business, you are then confronted with a lot of technical terms. You will encounter the terms native, web, and hybrid apps and you may not have a single clue as to what they are. Being familiar with mobile development in Dubai can be your starting point. 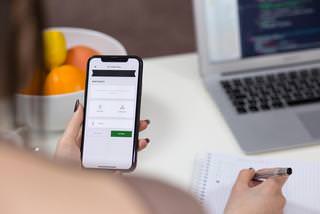 It is extremely important that you get to know at least the basic things when it comes to mobile apps. This will give you an idea on a lot of things including the specifications of the app and the right pricing when hiring a developer. Here, we will try to give you a short introduction on the basic things you need to know when it comes to mobile apps.

When you hear the term “app development,” it is normally associated with mobile devices. This will include smartphones, tablets, and even smart wearables. With that being said, let us discuss the two platforms that are now the frontrunners when it comes to the operating systems of mobile devices: iOS and Android.

As of early 2018, it has been found out that 88% of the world market for mobile devices is under Android’s control. By the end of 2017, there is an estimated amount of 2.7 billion Android phone users from the 1.8 billion figure last September 2015.

iOS, on the other hand, is supported and developed by Apple. And, it is exclusive for their products only. This means that Android is more open compared to iOS. This gives you a general idea which platform to develop first for.

Wikipedia defines a web app as an application that can be accessed through a web browser using the Internet. Is this any different from a website?

It could be subjective because many people argue that a website is informational while a web app is functional. Unlike mobile apps, web apps do not need to be downloaded. They can work inside your browsers very well and they are designed that way.

Mobile apps here refer to the apps that can be downloaded from a platform’s store, App Store for iOS and Play Store for Android. Mobile apps are generally categorized into native and hybrid apps.

To make it simple, native apps are those that you would most likely know of. A large percentage of the apps you have on your mobile device are native apps. They are written in a platform-accepted language like Swift for iOS and Java for Android.

The companies of both platforms can provide developers access to development tools that can facilitate easier native app development.

Hybrid apps are a combination of web apps and native apps. What normally happens is that you would have to install it like how you would install a native app. However, the internal functionalities are actually that of a web app. Since they are essentially web apps, they are written in JavaScript, HTML, and CSS.

Now that you know about these basic terms regarding mobile development in Dubai, it is now time to start specifying your brief and look for the right developer to work on the app you want to create for your business.