by Rudy P. SysAdmin at howtofindthemoney
A coal power plant of 300 megawatts under the China-Pakistan Economic Corridor (CPEC) framework came online in Balochistan on Monday as the $60 billion worth of Chinese-funded projects entered the second stage of agriculture cooperation and industrial development.
Minister for Planning, Development and Reform Khusro Bakhtyar and National Development and Reform Commission (NDRC) Vice Chairman Ning Jizhe inaugurated the 300 MW coal power plant during their visit to Gwadar, an official statement said. Senate Chairman Sadiq Sanjrani, senior officials and Chinese delegation members were present during the inauguration ceremony.
CPEC projects started six years back with most of them related to power production that was envisaged to add more than 10,000 MW to the grid. 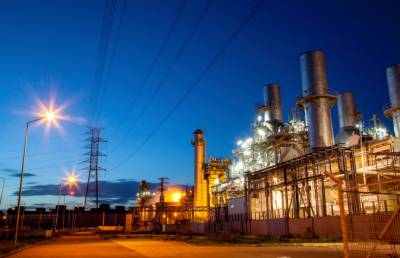 The letter of interest for the 300 MW coal-fired power project was issued in 2017 and the project was initially estimated to cost more than Rs50 billion. CIHC Pak Power Company Limited is the developer of the project based on imported coal.
Planning minister Bakhtyar said benefits of CPEC are being reaped as various projects under this monumental framework are being completed or nearing completion.
“The government has quickened the pace of CPEC projects which is evident from the inauguration of this coal power plant,” the minister said in the statement. “Implementation of CPEC projects will be fast tracked in coming days.” Chinese officials agreed to transfer technology to improve agriculture sector in Pakistan during the first joint coordination committee’s meeting last week.
Balochistan is an important component of CPEC under the China’s road and belt initiatives. During the meeting between minister for planning and vice chairman of NDRC, discussions were held on special incentives package for investment in Gwadar.
NDRC’s Jizhe expressed pleasure at the proposed package and hoped that it would enhance investment in Gwadar city, which would benefit the people of the area. A donation ceremony was held in Gwadar wherein 4,000 solar energy facilities and 700 school uniform were donated by China.
Bakhtyar said the provision of 4,000 solar household units would ensure provision of electricity to Gwadar. On the occasion, unveiling ceremonies of China-Pakistan Government Faqeer Colony, middle school expansion project and Gwadar port authority commercial complex project were also held. During the visit, senate chairman, minister for planning, VC NDRC and Chinese members’ delegation visited the sites of different projects being executed under CPEC framework, including Gwadar north free zone phase-II, Gwadar International Airport and East Bay Expressway and examined the pace of work.
The 10 largest coal producers and exporters in Indonesia:
Click Here! Top Clean Coal Contractors for Power Plant, Gasification, Liquefaction and Emission Control System
Source: The News Pakistan