Browse Articles  »  Automotive  »  Hyundai Motor Will Reentry Into the Japanese...

by Rudy P. SysAdmin at howtofindthemoney
Hyundai Motor has hinted that it will make a possible reentry into the Japanese market with its hydrogen fuel-cell vehicle, opening an official Twitter account for Japanese customers, according to industry officials, Sunday.
The Korean automaker withdrew from the passenger vehicle market in Japan in 2009, and has been selling commercial vehicles only. The message appearing on social media is interpreted as Hyundai's continued effort to make a foray into Japan, following its botched attempt to participate in the 2019 Tokyo Motor Show.
Hyundai Motor created a "Hyundai Japan" Twitter account (@Hyundai_japan) this month and uploaded its first posting on June 15. In the tweet, Hyundai Japan wrote it will provide viewers "the latest information on Hyundai," showing its hydrogen fuel-cell vehicle, the Nexo.
In the following postings, Hyundai Japan promoted a campaign with boy band BTS and a number of merchandise items related to the campaign. BTS are promoting the Nexo as global ambassadors.
A Hyundai Motor official said the account was created for "the purpose of promoting the global campaign with BTS," and it is "far from a bid to re-enter the Japanese market." 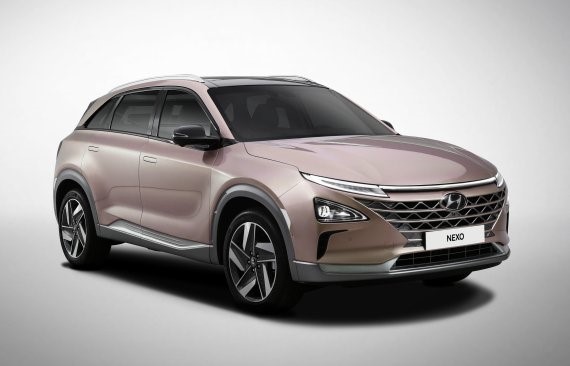 As the official said, Hyundai Japan's postings are mostly about BTS and the Nexo, without mentioning other vehicles, but the company has been conducting a series of marketing activities which are interpreted as an effort to tap into the Japanese market with its fuel-cell vehicle.
Though overshadowed by the COVID-19 pandemic in Japan, Hyundai Motor in February took part in the FC EXPO 2020 in Tokyo, showcasing the Nexo without elaborating on its launch in the country.
Hyundai Motor initially planned to exhibit the Nexo and other vehicles at the 2019 Tokyo Motor Show in October, but scrapped the plan amid the diplomatic friction between Korea and Japan over the latter's restriction of exporting key industrial items to Seoul. If realized, the show could be Hyundai's first showcasing of a passenger vehicle at the show since 2009.
Japan is one of the powerhouses in the hydrogen-based mobility business, with the country's Toyota and Honda each retailing the Mirai and the Clarity fuel-cell vehicles. The country's hydrogen infrastructure is also recognized as well-established, following its policy of developing hydrogen as one of its main power sources.
For Hyundai Motor, which is also betting high on the potential of hydrogen fuel-cell vehicles, Japan is an important market that should not be ignored.
Hyundai Motor entered the Japanese passenger car market in 2001 and its sales peaked at 2,524 vehicles in 2004. However, as sales in 2009 plummeted to 900, the company pulled its passenger vehicle business out of Japan. Since then, Hyundai Motor Japan has been focusing on buses, but its sales from January to May this year amounted to just five vehicles.
The 10 largest coal producers and exporters in Indonesia:
Click Here! Top Clean Coal Contractors for Power Plant, Gasification, Liquefaction and Emission Control System
Source: The Korea Times