by Rudy P. SysAdmin at howtofindthemoney
Californian start-up Hyperion is edging ever closer to unveiling its first vehicle, a hydrogen-powered supercar that we were initially meant to see at the New York Auto Show a few months ago.
The car, known as the XP-1, will feature a hydrogen powertrain which Hyperion says will help it to “usher in a new frontier of automotive technology.” The company proudly states that it will outperform modern sports cars while “boasting unprecedented range, refuel time, endurance, and recyclability, especially when compared to today’s battery-electric vehicles.”
“We are extremely excited to launch Hyperion to the world so we can educate people to the benefits of hydrogen-based power systems,” Hyperion chief executive and founding member Angelo Kafantaris said in a statement. “As the most abundant element in the universe, the potential is virtually limitless. Our goal is to tell the story of hydrogen with inspiring vehicles and infrastructure solutions. With the debut of the XP-1, we aim to kick-start the final frontier towards a cleaner tomorrow for generations to come.” 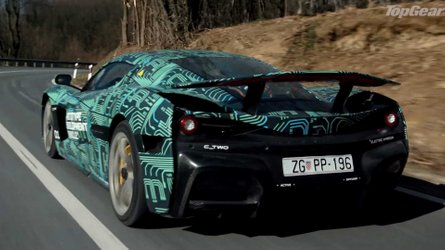 While a brief teaser video has been released, it doesn’t actually show the car itself. Fortunately, a number of teaser images do provide us with a good look at the XP-1’s exterior design, and as far as we can tell, it will certainly be unique.
At the front, the hydrogen-powered XP-1 will feature a set of slim LED headlights as well as a rounded front grille. We can also see prominent front wheel arches and a low-slung roofline. A side image released back in January reveals the car will be quite small in size, with a short front overhang and prominent rear wheel arches.
The Hyperion XP-1 will be unveiled next month.
The 10 largest coal producers and exporters in Indonesia:
Click Here! Top Clean Coal Contractors for Power Plant, Gasification, Liquefaction and Emission Control System
Source: Cars Coops