Hydrogen Stocks Could Soar in the Coming Years

by Rudy P. SysAdmin at howtofindthemoney
For decades climate change was a topic for predominantly environmentalists. Since the early 2010s, this has changed dramatically. The transformation culminated in the Paris Climate Agreement of 2015 where the world agreed on a comprehensive path to tackle an existential threat. Consequentially the energy transition has strongly gained in importance as countries around the world are racing to replace their carbon-intensive economies with green alternatives.
The massive installment of wind turbines and solar PVs is the first step. As the energy transition progresses, countries across the globe are confronted with challenges of an energy mix dominated by renewables. The intermittent nature of wind and solar electricity production affects the reliability of the power grid. A solution could be the storage of energy into hydrogen through the process of electrolysis.
Furthermore, the rapid development of electric vehicles has exposed the limitations of battery-based transportation technologies. The significant decrease in the battery production costs has, for the first time in history, made it affordable for the wider public to switch to EVs. Environmental considerations have even pushed the EU towards regulations obliging the car industry to develop more sustainable products. However, the technological limitations of EVs require an alternative. 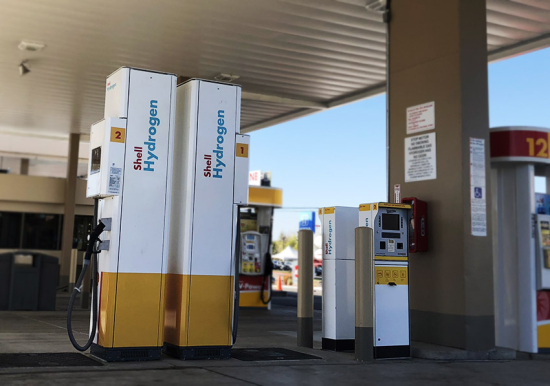 While battery-vehicles have become the way forward for smaller vehicles, the technology doesn't seem fit for heavy duties and long-range transportation. The characteristics of fuel cell-based vehicles make hydrogen, potentially, a suitable alternative.
The lowering of costs remains the biggest challenge, as was the case with renewables. To make hydrogen a plausible choice to complete the energy transition, the production costs of fuel cells need to be decreased significantly. Already the price of electrolysis-produced hydrogen has decreased by 60 percent in the past 10 years from $10-$15 to approximately $4-$6/kg. While it is a significant development, more needs to be done.
The decreasing costs are not a coincidence as governments and companies are responding towards an urgent challenge and changing attitudes towards hydrogen. The massive global attention for the energy-carrier has even spurred some to indicate a potential ‘hydrogen hype’. The coining of this term shows that the future isn’t fixed yet.
However, that hasn’t stopped a bull market on shares of hydrogen cell-producing companies. According to Adam Collins, an analyst at Liberum, "after years of false dawns, investors are realizing clean hydrogen and fuel cells have an important part to play in the energy transition, particularly heavy-duty mobility and heavy industry."
ITM Power’s share value, for example, are up by more than 45 percent this year, which is their highest since 2007. Swedish Powercell’s value has risen 28 percent in the same period and over 342 percent in the past year. This shows the enormous expectations of investors. And to some extent, there is a solid base for these forecasts to become reality.
There are several reasons why the current cycle is much more promising than in the past where a looming hydrogen economy did not materialize. First, there is a consensus in much of the world that climate change is an existential threat right on our doorstep. This asks for rigorous efforts to limit the most damaging effects of global warming.
Second, the massive installment of wind turbines and solar PVs is creating an abundance of electricity, which at certain moments threatens the stability of the power grid. Hydrogen is touted as a solution for energy storage and the flexibility of the grid to solve the problem of intermittency. Also, the availability of cheap electricity improves the business case for green hydrogen.
Furthermore, it is encouraging that the technology for the creation of a hydrogen economy already exists. The production of fuel cells, for example, is largely done by hand due to the current size of the market which is relatively small. This doesn’t justify the massive investments necessary for automatization and mass production. Therefore, it seems a matter of time before the combination of regulations and market developments create the right environment for the development of a hydrogen-based economy.
The 10 largest coal producers and exporters in Indonesia:
Click Here! Top Clean Coal Contractors for Power Plant, Gasification, Liquefaction and Emission Control System
Source: Vanand Meliksetian for Oilprice.com