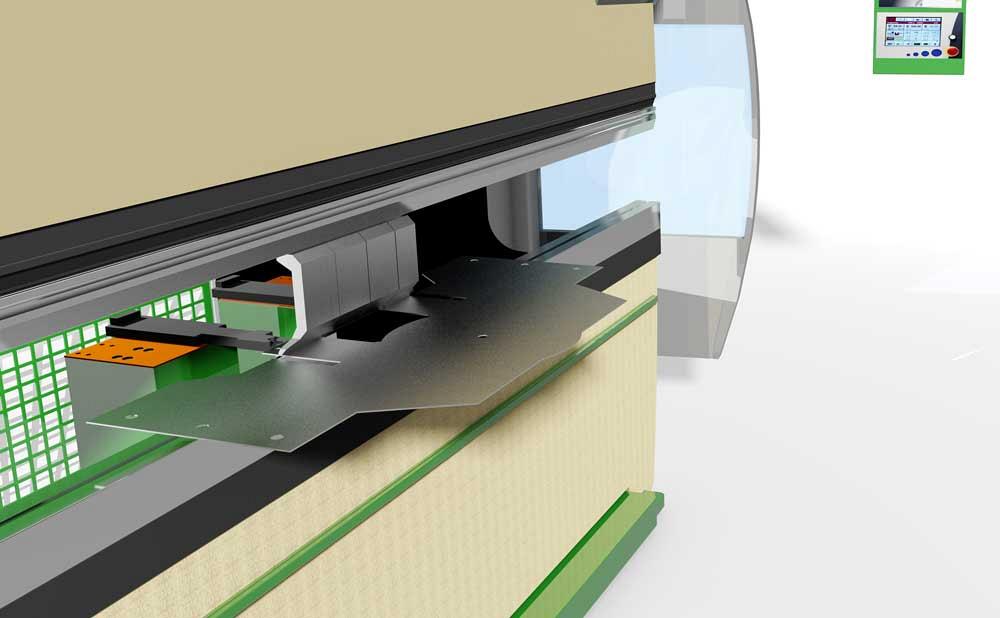 How did hydraulic plate bending machines come about?

Initially, the world industry produced mechanical and manual bending machines. They were simple and reliable in operation, had a simple design and did not require excessive costs for their production. It is clear that the manual bending machine did not provide the proper bending accuracy, and to use it, it was necessary to apply considerable physical force. More about bending machine at https://blog.harsle.com/category/press-brake/ The mechanical equipment also had a lot of disadvantages:

Simultaneously with mechanical presses, pneumatic equipment began to be used for bending metal blanks. It was operated rather limitedly, since for the operation of such units it was necessary to supply compressed air to them through a special line. And the load force they could provide was comparatively small.

A real breakthrough in sheet metal bending was the appearance in the middle of the 20th century of hydraulic presses, which were distinguished by low electricity consumption, high level of work safety, almost perfect reliability and excellent product quality.

The standard hydraulic press brake has undergone many changes in recent years. Nowadays, it is equipped with innovative devices and mechanisms that greatly facilitate the procedure of bending metal blanks. These include the following devices and developments:

The list of modern additional equipment installed on hydraulic bending machines can be quite long. We will talk about many special mechanisms and intricacies of using CNC sheet bending machines, describing their popular brands.

General information about installations and how they work

The described equipment is usually used in production in the following situations:

Hydraulic bending machines are stationary and mobile. The former are used in one place, they can process large volumes of metal. And the second, mobile, are allowed to be operated at different facilities. As a rule, they are purchased by small manufacturing companies. Both the first and the second at the same time operate on the energy of hydraulic cylinders, which eliminates the need to apply efforts on the part of the bending machine operator.

The essence of the operation of the described equipment is to ensure the set values ​​of the stroke (working) of the installation crosshead and the required effort. A traverse is understood as a rigid steel beam. Devices for specific bending modes are mounted on it, taking into account the characteristics of the workpiece being processed.

The traverse moves under the constant control of special linear sensors. Usually, two pieces are installed on the beams (one "follows" the right side of the beam, the other - the left), which guarantees the evenness of the traverse. In addition, on most bending machines, a programmable back stop is mounted. It allows you to obtain a bendable metal edge with certain geometric values.

The technology of processing sheet metal blanks on the equipment under consideration does not have any particular difficulties. At the same time, it provides the maximum productivity of bending machines and high safety of work.

In general, the process of bending workpieces on the units of interest to us is carried out in seven stages:

Bending machines with additional mechanisms can of course function with some additional steps. But the bending of metal products itself is performed precisely according to the described algorithm.

We add that the processing of workpieces on sheet bending machines with hydraulic cylinders is described by three main parameters - the working length of the machine, the power of the developed load on the part, the productivity for a certain time, as well as several additional characteristics (the distance between the unit racks, the speed of performing working operations, the amplitude with which it can move traverse and others).