Browse Articles  »  Computers  »  How to use Siri on iOS Devices

How to use Siri on iOS Devices

Siri comes as a great voice assistant for Apple users. You can easily use either on your iPad or iPhone and even on Apple Watch or Mac. If you don’t know about all the things that it can do for you and all the relevant, this blog will guide you with the same. 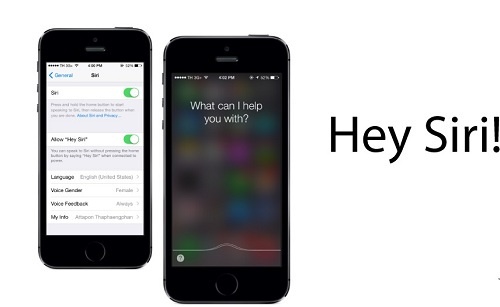 Here’s how you can use Siri on iPad or iPhone:

iPhone and iPad users – who own iPhone 4S or recent, iPad Pro or mini, iPad 3 or newer, or 5th or 6th-generation iPod touch – can easily use Siri through different ways. Here are the best ways:

1. If you have got a Home button in your iOS device, hold the button to access Siri.

2. You can use the control button on the earphone and hold it down for using Siri as well.

3. Give the voice command “Hey Siri” to open.

It is essential to have a working data connection for using Siri though. When Siri prompts on the screen, the background will blur, and you will hear a dedicated Siri sound and the message ‘What can I help you with?.

A wavy white line will appear on the bottom section as well. Make a dedicated request through your voice and Siri will get back to you with an ideal answer.

How to access Siri on 2018 iPad Pro or iPhone XS

As the X-series iPhones come with no Home button, you will have to try the different method to open Siri. It is applicable on the 2018 iPad Pro models also. Here how you can use:

1. You can try opening Siri by holding down the Side button, which also refers as the power button or sleep/wake button.

2. Or, use the control button on earphones and hold it down for opening Siri.

If you desire to access Siri on the Apple Watch, either give the “Hey Siri!” voice command or open Siri by pressing and holding the digital crown.

What is Siri and what it can do?

Siri is an ideal digital assistant that is specially made for Apple TV, Apple Watch, iPhone, iPad, and Mac. It allows you to access anything in your iOS device by giving a voice command instead of tapping multiple menus to open them. This voice assistant is improving from time and time and is becoming more reliable and faster for users. You can use Siri to schedule events, find direction and desired locations on maps set the timer, check the timer, update the status on social media, calculate numbers, open apps, send emails and messages, and more. When it comes to asking Siri, you can give a voice command to turn off the Bluetooth, open any app, post on Twitter or Facebook, capture the picture, calculate calories, check the time of any location, and do a lot more other tasks. It is possible to use Siri as you music provider as well, give commands like “Play the songs from Drake.” and related ones. However, you need to sign up with Apple Music to access all the music entirely.

Lucia Mandela is a self-professed security expert; she has been making the people aware of the security threats. Has passion is to write about Cyber security, cryptography, malware, social engineering, internet and new media. She writes for Norton security products at norton.com/setup.