How to make your Cannabis Oils and Tinctures

Cannabis growers often find themselves, after harvesting and manicuring the buds of their plants, with a bunch of little potent leaves that they do not know what to do. The leaves do not have the THC level of the buds so it is not worth smoking them. However, there are several techniques to take advantage of these leaves.

Cannabinoids are compounds soluble in alcohol or fat. Basically there are two types of extractions: those that are made with alcohol and those that are made with fats, mainly oil or butter. All extracts can be made with buds or leaves. Logically, the extracts of buds will be much more powerful than those of leaves. The quality of the leaves and the amount of resin they contain will also influence the potency of the final product. For all recipes it is convenient to use dried and chopped marijuana. Some people chop the leaves until turning them into flour so that the cannabinoids dissolve better. The disadvantage of grinding both the leaves is that later it costs more to filter them out of the liquid. 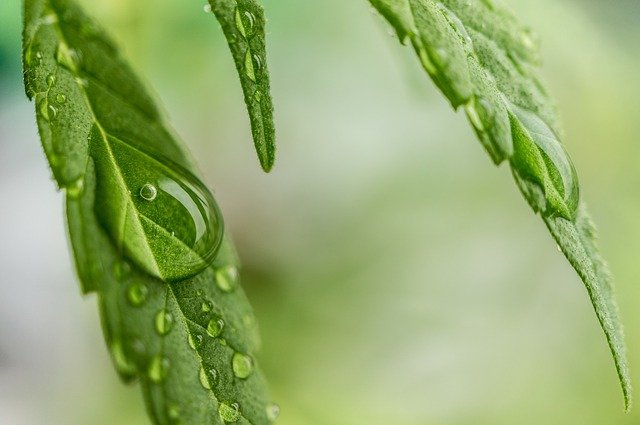 Extractions with alcohol of cannabis oil

For this technique we will use ethyl alcohol as pure as possible. Although pharmacy alcohol can be used, it is best to look for pure ethyl alcohol (99%) in a chemical store. (ATTENTION: Do not use alcohol to burn).

Put the chopped marijuana in a jar and add alcohol until it covers. Close the pot well and let the marie macerate for two or three weeks in a dark and cool place. Shake the bottle every three or four days.

After this time it filters the liquid through a cloth. The alcohol will have a dark green color. Pour it in a wide and shallow container, without covering, and let the alcohol evaporate. Do not put the liquid on the fire to accelerate evaporation, the alcohol vapors are very flammable and may explode. Keep the windows of the room open so that it is ventilated and do not smoke or light a fire near the alcohol. As you lose fluid, the extract becomes thicker. When you stop smelling alcohol, collect with a spatula all the residue from the bottom of the container. You already have cannabis oil.

Cannabis oil can be mixed with tobacco or with Maria to increase its potency. It is also possible to spread a little oil on a cigarette. If the oil turns out to be very sticky and difficult to handle, it can be mixed with a little leaf flour to make a more or less solid pseudohachis.

To make a tincture of cannabis the procedure is identical to that of oil except in the final evaporation. In dyeing, all alcohol is not evaporated, but a part is left to keep the extract in liquid form. Tinctures can be ingested mixed with some liquid or solid. You can also dip a cigarette in the tincture and let it dry before smoking it.

We can extract the cannabinoids from the maria macerándola in a high-grade liquor. Marc and rum are two good options. In this case it is not necessary to evaporate any alcohol. The cannabis liquors are used to make cocktails and provoke a different balloon to the one of the marie since they mix their effects with those of the alcohol. It is advised to be cautious with the doses since the mixture of both substances can give rise to strong colocones.

We cut the marijuana (100 grams of leaves) and put it in a saucepan with five cups of boiling water. We add 250 grams of butter and let it boil for 20 to 30 minutes. After this time, we squeeze the liquid through a cloth to separate the leaves. We boil two more cups of water and throw them on the leaves to drag any remaining butter. We let the liquid cool and put it in the fridge. In a few hours the butter will have solidified forming a layer on the water. It is removed with a slotted spoon and dried with a cloth. It is ready to use.

Psychoactive butter can be consumed raw or cooked with it. The amount of butter needed for a buzz depends on the potency of the marijuana used and the user's tolerance. When the butter is used for cooking it is necessary to use somewhat higher doses since part of the THC will be destroyed by heat. The faster and lower the temperature is cooked, the less cannabinoids will be lost.

This is a purely Mediterranean cannabis recipe with which to surprise your friends. It is done in the same way as psychoactive butter except that butter is replaced by olive oil. Once filtered, the extract should be put in the freezer instead of in the refrigerator. When the water freezes, we can comfortably collect the oil, which will be very thick, with a spatula or a spoon. An ideal oil to dress salads.