How to make ELM327 diagnose Renault cars using a phone

by Alex Carter Mechanic Assistant As everyone already knows , in modern cars, the exchange of information between the control units is carried out through special communication networks. Automakers choose protocols based on reliability and high speed data exchange. And in the case when the performance of one network is not enough to connect new devices, or to isolate the data transmitted by auxiliary devices from the main units of the car, add another network. So did Renault, taking out the blocks of multimedia and navigation on a separate bus. This is the same CAN bus as the main, but completely separate and placed on the individual pins of the diagnostic connector.Note: The tutorial was translated from Russian and for education propose only. You are at your risk.

It turns out that the work of multimedia is hidden from us too, because we cannot connect to it with a regular ELM327 adapter. The Renault CAN CLIP diagnostic scanner, working with the vehicle network, independently switches the desired bus — CAN-1 or CAN-2, using a relay. By the way, the relay in my CLIP does not switch the bus and the state of multimedia for a long time remained a mystery to me.


Probably you can make an adapter for connecting an adapter through it, but I chose another option - making a universal ELM327 adapter for Renault. Switching will be done by a switch on the adapter itself.

The PyRen script from 0.998 version already supports work with CAN-2, you only need to use the --can2 key. Finally, and my hands came to make an adapter for a full diagnosis of Renault.


To work must be installed PyRen script version 0.999 (You can search and download from google). Now you need to connect your ELM adapter to the vehicle's OBD connector as CAN2.


A full-sized Bluetooth ELM327 adapter with a 25k80 chip was chosen as an adapter . 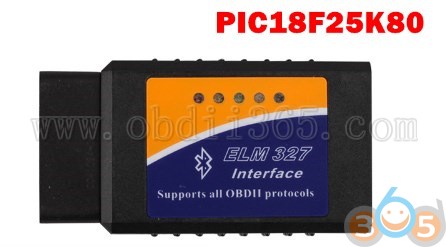 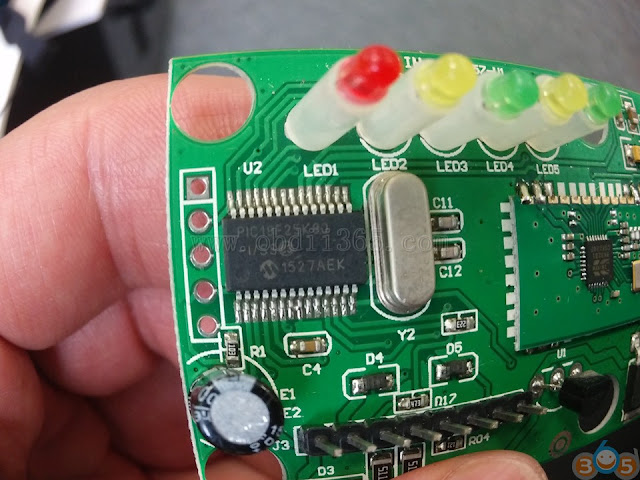 Who will disassemble the similar adapter - pay attention to the block with the cable, it is not labeled, and when it is turned off, the polarity of the connection must be noted. Otherwise, on such an adapter as I was - a capacitor flies to the ground. If that - the capacitor 470uF 16v fit =). It remains only to clean up a few errors on the units :) 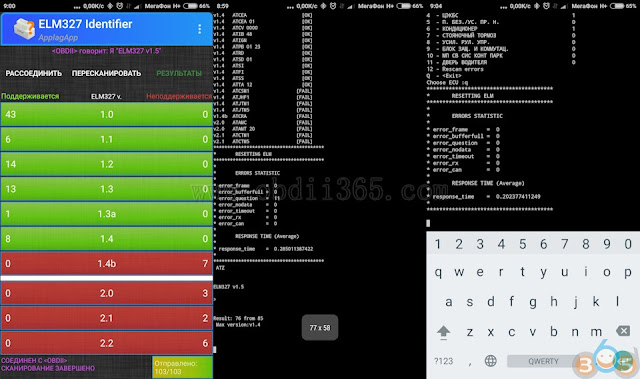 A full-size adapter was chosen to allow connection to the OBD2 connectors in the gap of existing connections, since the mini-adapters are hard wired to the contacts of the OBD connector. 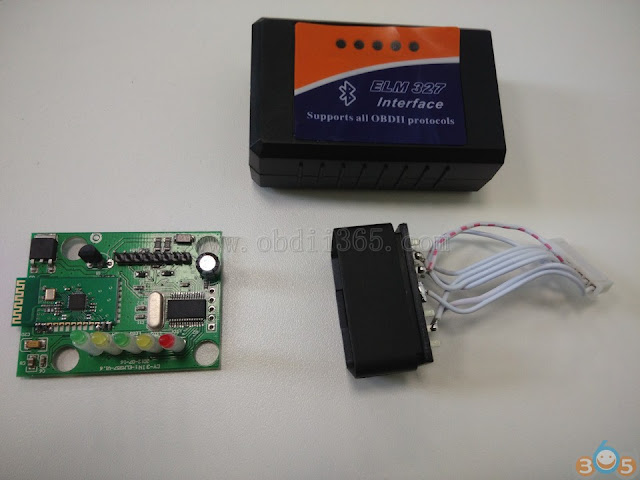 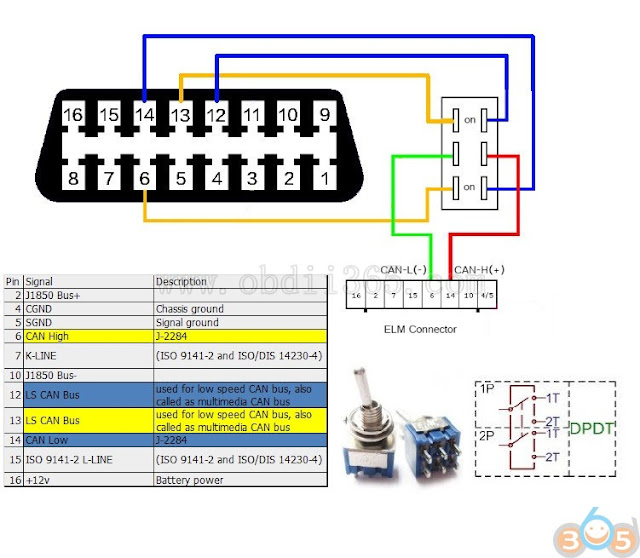 
It turned out such a universal adapter. 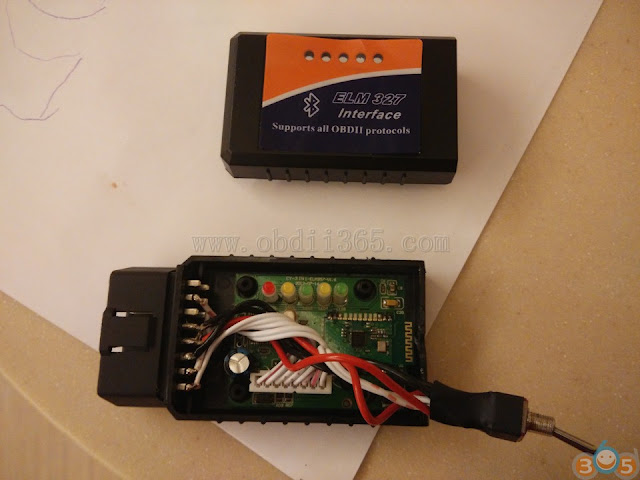 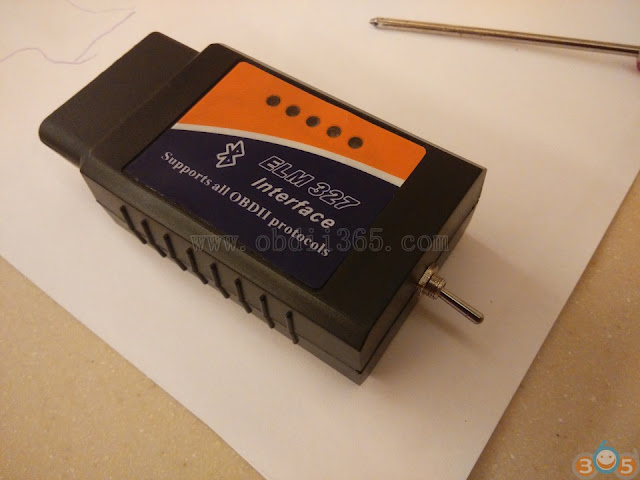 It's time to prepare the PyRen script to work with it. By switching the adapter to can-2 mode, we should do the same in the script. For the version on the PC, it is enough to use the additional -can2 key, and for the version on the Android, add a line to the launcher:
#### turn on CAN2 mode
sys.argv.append ('- can2')
or make a separate launcher for CAN-2 tires.

When you use the --can2 key, your own savedEcus2.p file will be created and each time these files are re-created: for the main car network, savedEcus.p, and multimedia are not needed.


We connect to the car, turn on the radio and navigation , and scan units. 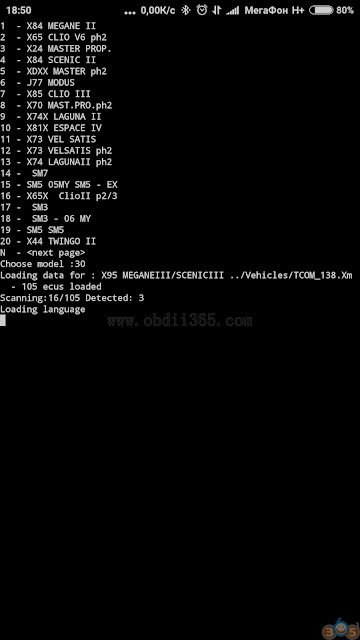 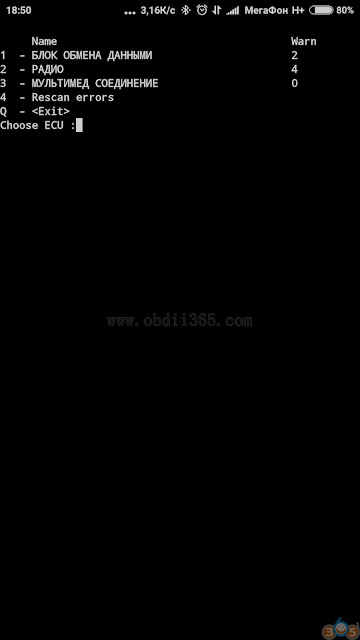 There were 3 units and there were mistakes on the radio and navigation. The errors were mostly old when I connected acoustics and antennas. But there was one and fresh, judging by the run, what it means - until I understood 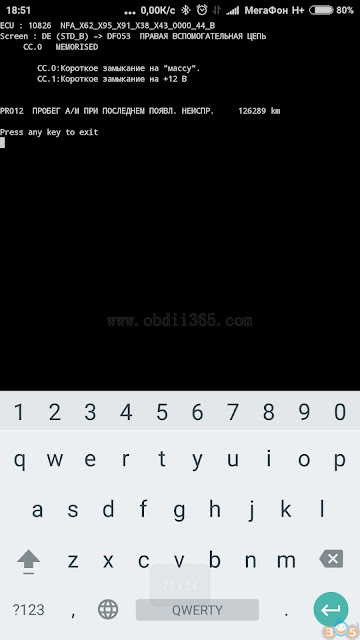 DF053 - Right auxiliary circuit - short to ground.
Errors all dropped and see if something will appear again. So far, the repeated error check has not revealed.
I have disabled seat belt reminder beep and activated BC and a temperature sensor using the modified ELM327 code scanner.
All success in the diagnosis with their own hands!

Updated:
Perhaps it will be easier to make the adapter on the wire. The main task is to swap the pairs of wires:
6 - 13
12 - 14
now came one OBD-dad connector and two mothers =) Normal is such a Swedish family. I rewrote one mom for CAN2-bus. just need a flat screwdriver and 2 minutes of time.
Cable ordered from the China. 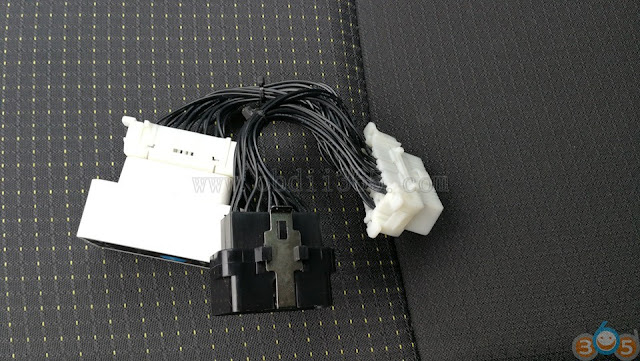