Browse Articles  »  Business  »  How Many Types of Window Films Are There

How Many Types of Window Films Are There

by Lizzy Halery American Window Film, Inc.
If you are looking for an inexpensive and efficient way to improve their home or office, consider using window film, which can do everything from saving on heating cooling costs to increasing privacy without blocking the light as curtains do. Read on to learn about the different types of residential window film and which ones are best suited to their needs. 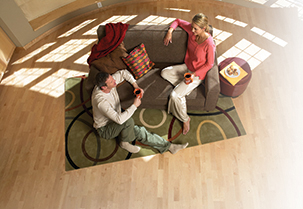 Metal Films
These films use metals to achieve heat blocking capabilities.  Darkness and heat blocking is determined by the density of the metals used in these films.  The heavier the coating of metal the darker the film and the more reflective it typically becomes.  The heat blocking capabilities of these films are provided through absorption and reflection of the sun's energy.  These films are typically very stable and long-lasting.  Unlike the dyed window films, these metal films are not prone to colour change or loss of heat blocking abilities.  There are a variety of ways to metalize the films such as electron beam coating, vapour coating, and sputter coating.  Electron beam and vapour coating are older techniques used by most low-price films.  This technique can be prone to de-metallization where the metals will corrode away and leave clear areas or banding, which is lighter and heavier areas of metal deposition on the film leaving a striping pattern in the film which may become more noticeable over time.  Sputter coating the metals into the film is the best process available and is what most premium films use.  This allows for varied uniform layering of the metals in the film structure.  With this method, you do not de-metallization or banding issues.
Ceramic Films
Ceramic films are the newest technology used in window films.  Ceramics have long been known for their heat blocking and insulating capabilities.  It was ceramic tiles on the space shuttle that kept it from burning up during re-entry into their atmosphere.  Ceramics are extremely durable and resistant to degradation.  They can be used in areas such as along the beach where you have a high concentration of salt in the air that can cause metals to corrode.  Ceramics are impervious to the marine salt air environment and are 25 times more durable than metal or dyed film.  Another benefit to the ceramic film is the ability to provide heat blocking without the reflective finish of the metal films.  The fact is that ceramic films can typically out-perform metal films in heat blocking in lighter shades.  This allows you to enjoy more heat blocks with windows that are less tinted than previously available.  The ceramics are typically applied to the films using sputter coating technology.  This allows for a very uniform deposition of ceramics into the structure.
Spectrally Selective Films
These films are made of multiple layers of either metal or ceramics.  The sun’s rays are reflected internally between the layers of either metals or ceramics in the film structure and cause the infrared wavelengths to collide together and cancel them out virtually eliminating the infrared heat from passing through the film.  These are very advanced film types and typically use a combination of metals or ceramics to achieve the cancellation of the infrared wavelengths.  If they use metals then it is usually Gold, Silver, and Indian Tin Oxide or Iridium combinations.  The Ceramic versions of this type of film are less expensive typically however not quite as effective.  You may choose a ceramic variety of this film to get this technology at a more affordable price.  These are very effective films with little downside other than price.
Window films have evolved to much more than merely preventing things from happening, in contrast, they can be used as a way to attract attention. As a result, if you are a business or storefront that has lots of windows, consider adding decorative films instead of stickers and paint that can deteriorate quickly