Browse Articles  »  Automotive  »  Hino and Toyota Are Developing a Hydrogen...

by Rudy P. SysAdmin at howtofindthemoney
Hino and Toyota are jointly developing a hydrogen-electric heavy-duty truck in a bid to drastically reduce emissions
The heavy-duty fuel cell truck is based on the Hino Profia, known in Australia as the Hino 700 Series.
Hino and Toyota have agreed to jointly develop a heavy-duty fuel cell truck, and to proceed with initiatives toward its practical use through verification tests and other means.
Through their respective ‘Environmental Challenges’, Hino and Toyota have signalled their intentions to reduce CO2 emissions by 2050 and are both developing electric vehicle technologies for widespread use in society. 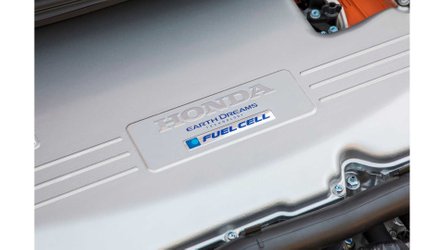 In order to achieve further reductions in CO2 emissions, Hino says major improvements will be required in the environmental performance of heavy-duty trucks, which account for about 60 percent of the total CO2 emissions from commercial vehicles in Japan.
For the electrification of commercial vehicles, the optimum powertrain must be adopted to ensure both outstanding environmental performance and just-right practicality as a business vehicle in terms of cruising range, load capacity, and other aspects depending on the usage.
Heavy-duty trucks are typically used for highway transportation and are therefore required to have sufficient cruising range and load capacity as well as fast refuelling capability.
For this reason, fuel cell vehicles that run on hydrogen with its higher energy density are considered effective.
The heavy-duty fuel cell truck in this joint development project is based on Hino Profia, which is known in Australia as the Hino 700 Series.
According to Hino, it is being developed taking maximum advantage of the technologies both Toyota and Hino have developed over the years.
The chassis is specially designed with the optimum packaging for a fuel cell vehicle, and steps are being taken through comprehensive weight reduction to ensure a sufficient load capacity, Hino says.
The powertrain is equipped with two Toyota fuel cell stacks that have been newly developed for Toyota's next Mirai hydrogen fuel-cell electric vehicle and includes vehicle driving control that applies heavy-duty hybrid vehicle technologies, developed by Hino.
The cruising range will be set at approximately 600km, aiming to meet high standards in both environmental performance and practicality as a commercial vehicle.
Toyota and Hino have both positioned hydrogen as an important energy source for the future and have worked together on developing technologies and spreading and innovating fuel cell vehicles for over 15 years since their joint demonstration trials of the fuel cell bus in 2003.
"This is an exciting project for Hino at a global level," says Daniel Petrovski, product strategy manager for Hino Australia.
"Here in Australia, Hino is committed to the Hino Environmental Challenge 2050 and has proven to be a leader in the reduction of emissions of commercial vehicles.
"We were the first truck manufacturer in Australia to introduce a hybrid commercial vehicle, the Hino 300 Series Hybrid, in 2007.
"It is the best-selling diesel-electric commercial vehicle in Australia with over 600 sales."
Hino Environmental Challenge 2050 was established in 2017, of which one part is the New Vehicle Zero CO2 Emissions Challenge, through which Hino aims to cut its average carbon dioxide emissions from new vehicles by 90 percent (compared to 2013 levels).
The 10 largest coal producers and exporters in Indonesia:
Click Here! Top Clean Coal Contractors for Power Plant, Gasification, Liquefaction and Emission Control System
Source: Owner Driver