Browse Articles  »  Entertainment  »  Here are some of the most common problems with...

Cathode ray televisions were some of the most widely used televisions in history. They were immensely popular, as they were the only sensible choice in the technology of that time. Now smart LED TVs are the popular genre and people are regularly going on the web for LED TV online shopping. But you cannot help but feel nostalgic with the thought of them. For many of us especially people born in the 80s and 90s this television represents a part of our childhood.

But, time and technology waits for no one and the Smart LED TV is much better than the CRT TV. But what were the reasons that people moved on so quickly towards the new technology. Well here are some common problems that almost all CRT TV users have faced in their lives.

There being no image but a single color

A very common issue with cathode ray tube TVs is no picture. If you are facing such a dilemma, first check the obvious stuff, i.e. check if your TV is correctly plugged in and receives enough power for service. If the power is OK then check the settings for the video (like sharpness, brightness, contrast and picture settings). If the settings are perfect, then the video cable and hardware can be the cause of trouble. If the basic diagnosis is good, then it might be time for a competent TV repair person to have a look at your TV. 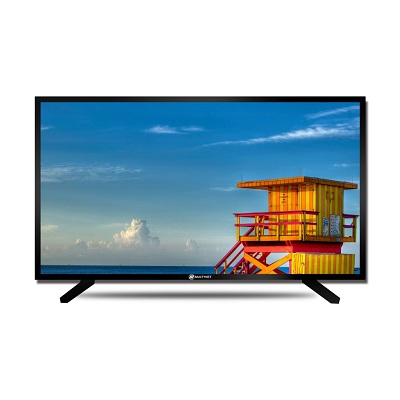 When the images are not lined properly

With CRT TVs, this is a very common image issue. The failure of an internal circuit called the convergence circuit normally triggers it. The circuit has convergence ICs that produce the problem of bowed image while going bad. Poor or flawed soldered-in fuses and resistors may also cause image distortion often. This form of issue can be easily repaired at home by a technician or a PRO.

A bright horizontal line when turning on

It occurs that a single thin horizontal line appears on the CRT TV screen several times. A defective yoke with a faulty or burned coil inside it may be the probable cause of this problem. Loose contact between the yoke and the main board may be the other possible cause. A faulty capacitor may be the third possible cause.

This is not an issue that is really general. Cathode ray tube failure is the most prominent reason. The small crackling noise is due to arcing at high voltage. The potential cause behind the burning smell is caused by the burning of insulation. In such a case, unplug the TV from the power outlet immediately. Call a competent TV repair person to get it fixed.

Shadows of colors on the edges

If you have or previously owned a CRT TV, you must have observed a vivid shadow on the sides of the television at some point in time (can be seen as reddish orange shadow in the picture). It is mostly due to every magnetic system near the TV being present. Magnets positioned near a CRT will damage the "shadow mask" of the package, which will cause in that area the wrong colours to appear.