by Rudy P. SysAdmin at howtofindthemoney
No country has squandered more on subsidies to wind and solar than Germany; no country pays more for its power. Which is hardly a coincidence.
The idea that millions of solar panels lying frozen under sheets of snow for months each year would provide some kind of benefit to power consumers beggars belief.
So too, the idea that an industrial superpower and the world’s leading high-end manufacturer could operate itself around the vagaries of the weather.
Germany’s energy system is the epitome of chaos, with prices continuing to rocket and a grid on the brink of collapse.
It all started 20 years ago, and it was meant to cost peanuts. It didn’t. 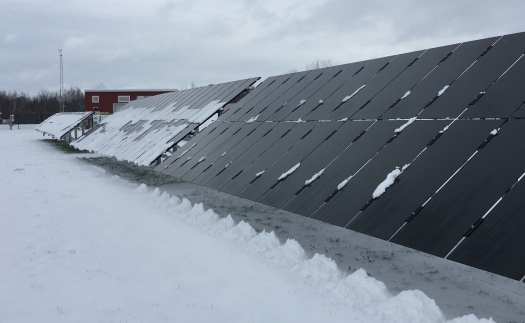 Germany’s EEG Feed-In Act Turns 20. Well-Intended But Extremely Costly
Happy birthday EEG! The now famous German green energy feed-in act celebrates its 20-year birthday.
The law is loved and hated by many. While activists like Claudia Kemfert wish that the lavish subsidies would get expanded even further, others have different views on the situation.
Cost explosion
Former environment minister Jürgen Trittin’s scoop of ice cream, the equivalent amount the EEG was supposed to cost German citizens each month (about 1 euro), has become a running gag. Examples are Volker Andres from ZDF German public television and Daniel Wetzel of news daily WELT.
Andres:
And something else is going wrong: The EEG, which is almost unchanged in its system, sends the wrong price signal to us consumers. Green electricity costs around 30 cents per kilowatt hour. The pure electricity production is between four and eight cents, depending on the plant and source.
Wetzel:
Also because financially interested lobby groups stylized the EEG as a panacea and drew all political attention to this rich cornucopia, the greening of the other consumer sectors failed to materialize.
For years, the EEG remunerated electricity production volumes at any level regardless of demand. This introduced a kind of ton ideology into energy policy: only the masses of green kilowatt hours produced counted. The fact that it must also be possible to transport, store and use them somehow became a minor matter.”
Today the EEG is of course costing consumers exorbitantly more than just the value of a scoop of ice cream each month.
“According to figures from the comparison and brokerage portal Verivox, 86 utilities have announced average price increases of 8.1 percent for the months February to April,” wrote Germany’s flagship Frankfurter Allgemeine Zeitung (FAZ) here. “For a family with an annual consumption of 4000 kilowatt hours, this would mean additional costs of around 100 euros per year.”

Costly, destructive and unhealthy
Not only are Germans paying among the highest electricity rates in the world, but the supply has become unstable, the landscape has become littered with turbines that operate sporadically, kill birds, destroy natural biotopes and make people sick with their low frequency emissions.
The 10 largest coal producers and exporters in Indonesia:
Click Here! Top Clean Coal Contractors for Power Plant, Gasification, Liquefaction and Emission Control System
Source: Stop These Things