For the first time-Razor shared Xbox One mouse and keyboard images!

With the day of the launch of the Consumer Electronics Show coming closer, which will be held at Las Vegas, the Singaporean hardware manufacturer Razer has shared images of its forthcoming mouse and keyboard for the Xbox One. 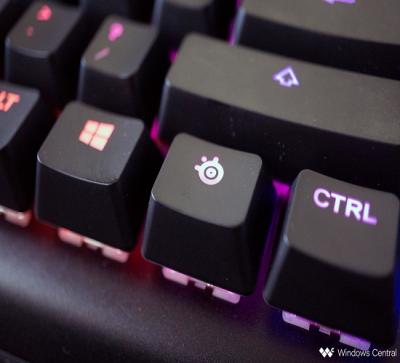 In 2005, Razer was established as a global brand, starting with the mouse, keyboards and other peripherals before moving to arcade sticks, tablet, PCs and phone.  Razer’s products are specially made for the gamer demographics.

Although, we already knew that Razer had an Xbox-specific wireless keyboard in the works, but the news became concrete just recently the company has shown the images of the product. Everyone is eagerly waiting to know more about it.

Recently, the whole image of the keyboard and the mouse was revealed, but it seemed to have mostly flown under the radar. However, now the company is prominently advertising the pair as it is promoting this announcement, which is coinciding with the first day of CES: January 8th.

Earlier, we knew that Razer had partnered with Microsoft on keyboard and mouse support for Xbox One, and that it could have significant implications for future titles. Though, Xbox One players have been asking for keyboard and mouse support for a long time. Finally, the console was released in November 2013, and the feature only arrived recently. The release came late as Microsoft had long resisted this move as some fans feared that the precise mouse movements could give players an unfair advantage. However, we are still wondering that why Microsoft changed its mind so late in the game.

Halo Infinite is coming to both Windows 10 gaming PCs and Xbox One consoles and will be offering cross-platform keyboard and mouse multiplayer. I guess, to know how much the keyboard will cost we’ll have to wait a bit more. We observed a few key details in the first official submission, consisting of an Xbox button on the bottom right of the keyboard as well as something to be slide-out mouse mat, we can probably say that it meant to keep balance on your lap while using it while playing.

Note that the new peripheral is a far cry from Razer’s previous couch keyboard effort for microconsoles and steam machines. This time, instead of a tiny one there’s a full-sized PC gaming mouse, in addition to it once can also see Razer’s color-changing Chroma backlit keys. In June, it has been reported that Xbox developers would have access to those Chroma colors to augment their games.

Ricky johnson is a Microso ft Office expert and has been working in the technical industry since 2002. As a technical expert, Samuel has written technical blogs, manuals, white papers, and reviews for many websites such as office.com/setup.