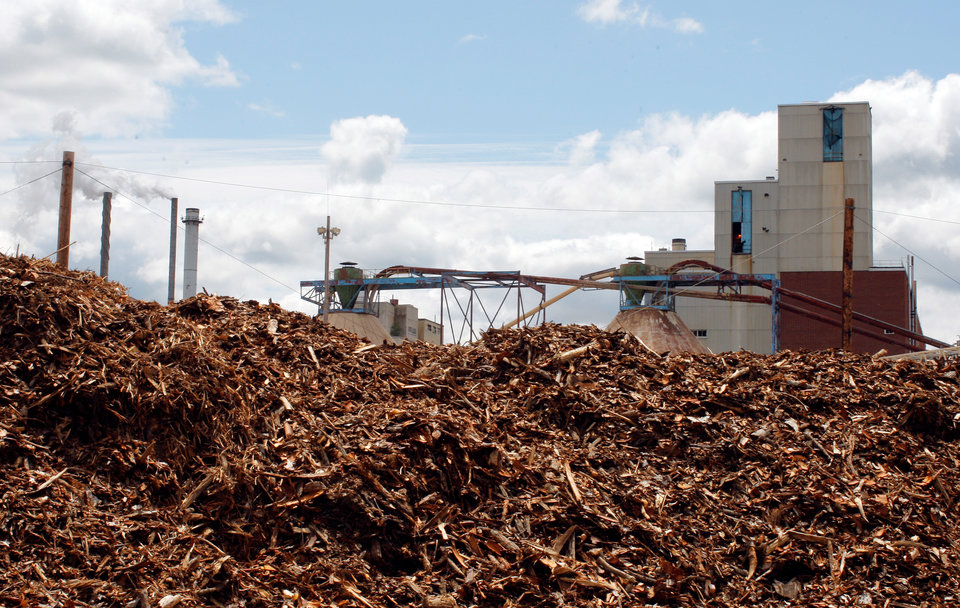 Biomass, the unused portions of logged trees such a branches and the tree tops, sit at the Old Town Fuel and Fiber mill in Maine.Brian Snyder/REUTERS
Europe imported more than 4 million tons of wood pellets from US forests last year and wrote it all off as renewable energy.
A new report from Climate Central exposes how 4.4 million tons of wood pellets were cut from American forests last year, and 98% of it was shipped to Europe to be burnt for energy.
Because of a loophole, the European Union classifies this wood-generated electricity as " carbon neutral," though research actually indicates it's more environmentally dangerous in the short term.
Burning wood biomass is considered a "renewable" energy on the idea that if you plant at least as many trees as you burn the process is carbon neutral. But until these trees grow back to the full size of the original felled tree, which takes decades, the carbon emitted still contributes to global warming in the here and now.
Most of this wood biomass comes directly from the forests of the US's southeast, where trees are cut down, turned into pellets, and then shipped across the ocean, according to a Climate Central report titled "Pulp Fiction."
A study of satellite data, published in Science in 2013, showed that between 2000 and 2012 logging in the US Southeast was four times more disruptive than logging in South American rainforests and nearly a third of Southeastern forests were either cut down or regrown during that period.
"The Southeast U.S. is a tree farm," study researcher Matthew Hansen, a geography professor at the University of Maryland, told Climate Central. "It stands out globally. This is super-intensive use."
This biomass is now the European Union's largest source of "renewable" energy. This could be catastrophic, since the Climate Central investigation found that power plants fed by wood biomass heat the atmosphere faster than coal-fired plants do.

EIA
The United Kingdom, which received nearly three-quarters of US wood pellet exports in 2014, plans to get 15% of its energy from renewable sources by 2020. And the country is increasingly using biomass to meet that goal.
In 2012, the UK was getting 3.4 gigawatts of its electricity from biomass. By 2020, biomass could generate up to 6 gigawatts of electricity, according to the UK Department of Energy and Climate Change. That's enough to power 4.2 million homes per year — power that comes directly from America's forests.
This increase is partly due to the conversion of the largest power plant in the western Europe, Drax, from coal to biomass. The Drax Power Station, east of Leeds, is expected to burn 6 million tons of wood pellets this year, Climate Central reported. 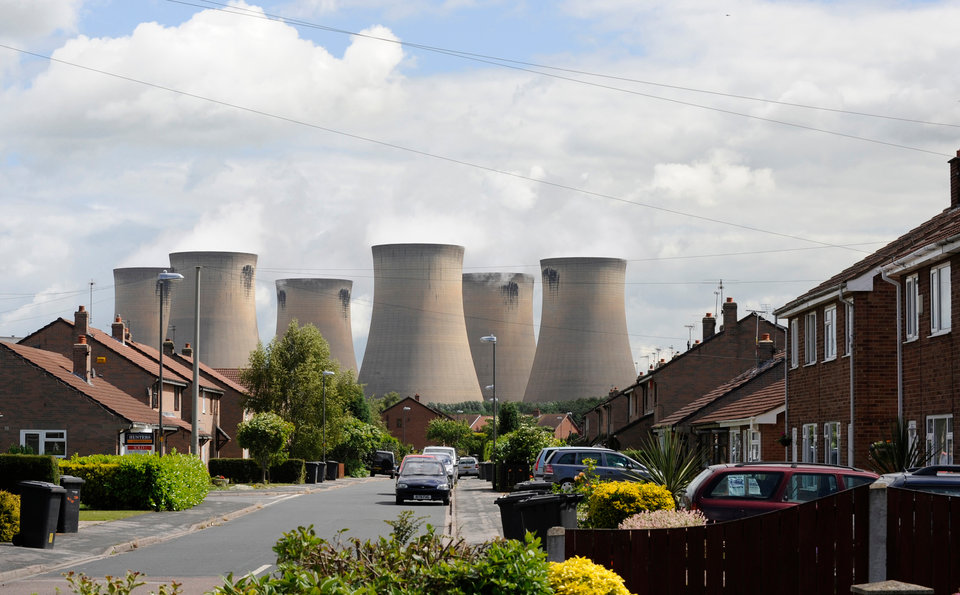 The Drax Power Station in North Yorkshire, England.Nigel Roddis/REUTERS
But when Drax's boilers burn wood, they release 15% to 20% more carbon dioxide than when they burn coal, Climate Central's analysis found— amounting to millions of tons of CO2 per year for what the government and these companies are calling a "renewable" power source. 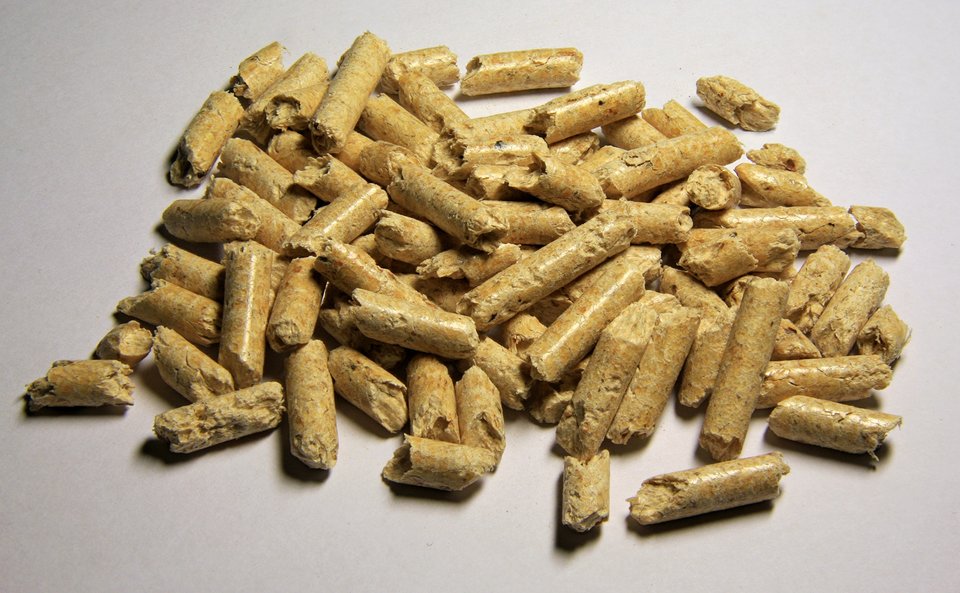 Wood pellets ready to be turned into energy.D-Kuru/Wikimedia Commons
On top of this power source releasing more coal it's destroying US forest, which sources that trees being cut down to fuel Europe's growing biomass appetite. The Climate Central report says Drax's US-sourced wood pellets are 73% whole trees and other non-waste wood.
Those trees aren't being used by the US, either. Biomass only made up 1.04% of the electricity used in the US last year, according to the Energy Information Administration.
The climate agreement the world reached in Paris December 12 is an encouraging framework for change. But we may need to rethink what we classify as "renewable" before such accords end up pushing more power plants to using dirty biomass.
The 10 largest coal producers and exporters in Indonesia:
Click Here! Top Clean Coal Contractors for Power Plant, Gasification, Liquefaction and Emission Control System
Source: Business Insider