by Rudy P. SysAdmin at howtofindthemoney
Driverless cars, 3D printers, algae-based biofuels: In the last decade, each of these technologies received billions in investment from some of the world's largest and most successful companies and investment firms. They were covered in thousands of articles in digital publications. They starred in research reports released by top Wall Street analysts and investment banks.
But just a few short years later, it's obvious none of these technologies has lived up to the hype. Autonomous cars are still a decade or more away from widespread use, 3D printers don't quite fit into daily life or manufacturing processes as easily as pitched, and most algae-based transportation fuel projects have been sent to the dustbin of history. 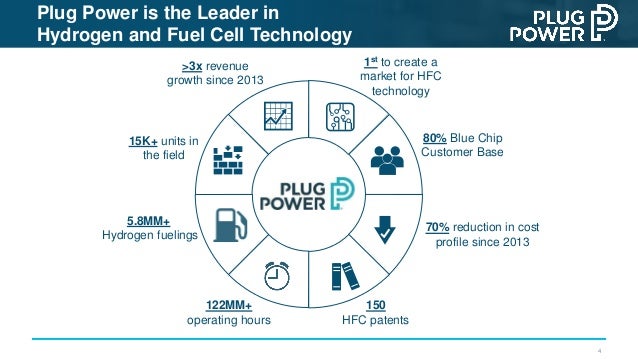 Technological hype is generated in a complex process that feeds on unique elements of human behavior and information distribution. Unfortunately, it usually ends in a predictable outcome for individual investors: regret. It's something investors with an open mind want to consider regarding fuel cell stocks and the proposed hydrogen economy. An honest assessment of the competitive landscape and simple thermodynamics suggests it might not play out as investors currently hope for these presumed growth stocks.
What is the hydrogen economy?
The hydrogen economy describes a future when hydrogen fuels are used to power transportation, heat buildings, and drive other energy-intensive processes. On paper, it's a pretty sexy idea. Hydrogen fuels have several advantages and benefits:
In 2020, many fuel cell companies have promoted the hydrogen economy as a future source of revenue and earnings growth. Plug Power (NASDAQ:PLUG) and Bloom Energy (NYSE:BE) have each announced plans to become hydrogen manufacturers. Ballard Power Systems (NASDAQ:BLDP) has thrown its support behind the new European Clean Hydrogen Alliance. And hydrogen fuel cell-powered truck developer Nikola Motors (NASDAQ:NKLA) recently became a publicly traded company.
All of these developments seem to indicate a tipping point for the hydrogen economy, but investors need to remain grounded. Fuel cells might be very efficient at the point of use, but zooming out to the overall infrastructure required to make a hydrogen economy function reveals significant inefficiencies. Focusing solely on the expected environmental benefits of hydrogen fuels makes it too easy to ignore a few potentially fatal flaws of the technology, including harmful impacts on the environment.
Safety issues: Hydrogen flames don't burn in the visible spectrum. In other words, if a leaky piece of hydrogen storage or distribution infrastructure ignited, then you (and first responders) couldn't see it without special equipment. A hydrogen fire would still burn you and engulf your car or house, though. Additional chemicals could be added to hydrogen fuels to make flames visible (mercaptan is added to natural gas so humans can smell leaks of the otherwise odorless gas), but impurities could affect the performance and longevity of equipment (such as fuel cells) and reduce the environmental benefits.
Economically challenged: The idea of manufacturing hydrogen from excess renewable energy sounds noble, except for the very inconvenient fact that hydrogen fuels must directly compete with renewable energy fuels in the form of battery-electric vehicles. It's difficult to compete economically when the full cost of the competition is merely the starting point for hydrogen fuels.
Energy carrier barrier: Storing excess renewable energy as hydrogen fuel is woefully inefficient compared to storing renewable electricity as, well, electricity. The extra process steps add financial costs and are accompanied by energy losses. Factor in distribution and storage -- at negative 70 degrees Celsius and 680 times atmospheric pressure, both energy-intensive conditions to maintain -- and the economic and environmental costs are quite high outside of niche applications.
Material limitations: As a materials engineer, I know there's plenty of intriguing research in next-generation materials that could reduce the costs of hydrogen fuels and fuel cells. But the problem is that platinum group metals (PGMs) are currently required to catalyze the energy-producing reaction inside many types of fuel cells -- and the planet doesn't have enough. Alternative catalysts that can be readily commercialized are simply not as efficient or robust as PGMs, counterintuitively making these alternative-catalyst fuel cells more costly due to efficiency losses.
Additionally, investors cannot overlook the technology time lag of the hydrogen economy, which alone could doom its commercialization. The infrastructure to manufacture, distribute, and store hydrogen fuels will take years to build and implement in a consolidated regional or national network. By the time Plug Power or Bloom Energy have noteworthy operations in hydrogen manufacturing in the middle of the decade (as projected, anyway), vehicle manufacturers are expected to be commercializing next-generation battery technology, followed by solid-state batteries in the late 2020s. Hydrogen fuel cells and the hydrogen economy will not be able to compete with solid-state batteries and electricity distribution in cost, fueling times, or driving range.
As Wayne Gretzky said, "I skate to where the puck is going." Investing is the hydrogen economy is the equivalent of skating to where the competitive landscape was years ago.
A hydrogen economy remains a distant reality
Perhaps the most obvious obstacle to a hydrogen economy is the financial health of the companies touting their ability to build it. Plug Power, Ballard Power Systems, and Bloom Energy reported a combined operating loss of $344 million in 2019.
None of the companies has ever generated sustainable operating profits, and Plug Power and Bloom Energy lose money in three of their four operating segments (installation, service, and electricity). Do investors seriously think these are the companies that will crack the hydrogen economy? Even the world's largest petroleum producers, with tens of billions of dollars in annual free cash flow, bailed on next-generation biofuels. No amount of money can alter the laws of thermodynamics.
Taking a step back, it's easy to see the technological hype driving up fuel cell stocks in 2020 has been largely influenced by the arrival of Nikola Motors on public markets. However, hydrogen fuels and fuel cells are very unlikely to become a dominant technology in the marketplace. The duo simply cannot compete economically with more prevalent technologies such as petroleum-based fuels and lithium-ion batteries at scale.
That said, similar to driverless cars and 3D printers, hydrogen fuels and fuel cells could gain traction in certain niche applications, such as fixed transportation routes with on-site fueling infrastructure available to small truck fleets. Of course, investors must acknowledge that success in niche applications would generate far different financial outcomes than a scenario where a full-fledged hydrogen economy takes off. Invest accordingly.
The 10 largest coal producers and exporters in Indonesia:
Click Here! Top Clean Coal Contractors for Power Plant, Gasification, Liquefaction and Emission Control System
Source: Fool