by Rudy P. SysAdmin at howtofindthemoney
Approvals for new coal mine construction in China have surged in 2019, government documents showed, with Beijing expecting consumption of the commodity to rise in the coming years even as it steps up its fight against smog and greenhouse gas emissions.
Long-term cuts in coal consumption are a key part of China’s energy, environment and climate goals, but the fivefold increase in new mine approvals in the first-half of 2019 suggests China’s targets still provide ample room for shorter-term growth. China’s energy regulator gave the go-ahead to build 141 million tons of new annual coal production capacity from January to June, compared to 25 million tons over the whole of last year, Reuters analysis of approval documents showed. 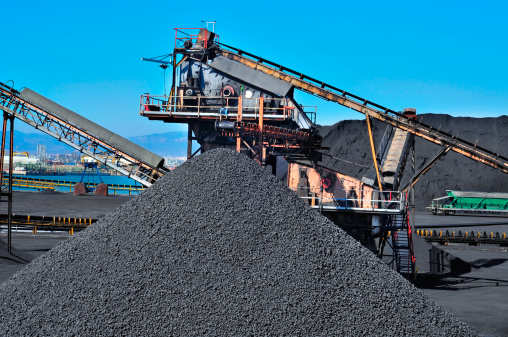 The projects included new mines in the regions of Inner Mongolia, Xinjiang, Shanxi and Shaanxi that are part of a national strategy to consolidate output at dedicated coal production “bases,” as well as expansions of existing collieries, the National Energy Administration (NEA) documents showed.
The NEA did not immediately respond to a request for comment. Beijing aims to raise the share of non-fossil fuels in its overall energy mix to 15% by the end of next year from around 14.3% currently, and to 20% by 2030. It cut the share of coal to 59% last year, down from 68.5% in 2012.
It has also promised to adopt the “highest possible ambition” when it reviews its climate change pledges next year, with one government think tank recommending China imposes a mandatory cap on coal consumption in its 2021-2025 five-year plan. But while smog-prone regions like Hebei and Beijing have already cut coal use and shut hundreds of small mines and power plants, China is still allowing for significant increases in coal production and coal-fired power generation.
That has piled pressure on utilities to use clean combustion technology. Lauri Myllyvirta, senior energy analyst with environmental group Greenpeace, said many of the newly approved projects would likely replace small or depleted old mines.
“However, it is alarming that China’s energy planning seems to be driving at roughly maintaining current levels of coal output for the coming decade or two, which is very hard to reconcile with the goal of the Paris agreement (on climate change),” he said. “Especially given that oil and gas consumption is still increasing, it’s imperative that coal use starts falling again after rebounding for the past three years.”
Chinese coal output rose 2.6% in the first-half of 2019 to 1.76 billion tons.
MORE TO COME?
Industry groups still expect coal-fired power capacity to increase over the next few years, with investments in nuclear and renewables still insufficient to cover rising energy demand. The research unit of the China State Grid Corporation last month forecast that total coal-fired capacity would peak at 1,230-1,350 gigawatts (GW), which would mean an increase of about 200-300 GW.
A study published earlier this year also suggested China’s targets would allow the construction of another 290 GW of coal-fired capacity in the coming years. China is convinced it can continue to raise coal production and consumption while significantly reducing emissions. It has made “ultra-low emissions” technology mandatory in all new coal power plants an is also improving mine zoning regulations to ensure pollution is minimized.
By the end of last year, 80% of total coal-fired power capacity had installed “ultra-low emissions” equipment, amounting to 810 GW, the government said. Michelle Manook, chief executive of the World Coal Association, an industry lobby group, told Reuters that coal remains a crucial element in the world’s transition to cleaner energy, and the focus should be on cutting emissions rather than banning coal entirely.
“It’s not about transitioning away from any one source of energy. it’s about transitioning to cleaner energy. And with investment, coal has a significant role,” she said.
The 10 largest coal producers and exporters in Indonesia:
Click Here! Top Clean Coal Contractors for Power Plant, Gasification, Liquefaction and Emission Control System
Source: Daily Times Pakistan