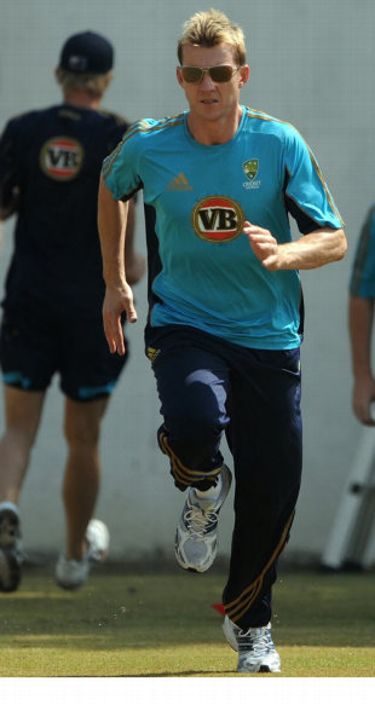 Brett Lee, who retired from Test cricket last month, is gearing up for the IPL which starts on March 12 and regards the tournament as the first step towards making the Australian team for the World Twenty20 and the ODI World Cup in 2011. Lee had missed the entire Australian summer due to an elbow injury, but is confident of returning to full fitness during the course of the IPL.
"I've been working very, very closely with Patrick Farhart -- he's been my physio for 16 years -- and he's happy with the way it's progressing," Lee, who has been named in Australia's 30-man preliminary squad for the World Twenty20, told the Sydney Morning Herald. "I'm looking to be up to full pace within a couple of weeks." 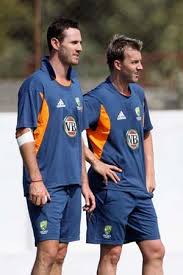 Lee added his retirement from Tests had not diluted his ambitions, for he had much to achieve in the limited-overs format. "It was . . . a lifestyle choice through having a young son. I don't want to be away 11 months of the year," Lee said, speaking from Dubai at the opening of a training centre for the Kings XI Punjab franchise. "There are many things I want to achieve in the shorter form of the game. One, the Twenty20 World cup for Australia; and two, the 50-over World Cup for Australia in India. I want to be a part of that."
Lee played four matches in the IPL's inaugural edition, taking four wickets at 28 and followed that up with five wickets in five matches the next year, at 22.20. He was more successful in the Champions League Twenty20. His all-round effort in the final against Trinidad and Tobago won New South Wales the competition, and he was also named Player of the Tournament. The experience of recovering well from injury and succeeding at the highest level, Lee said, was reason to be confident of a strong comeback in the IPL. 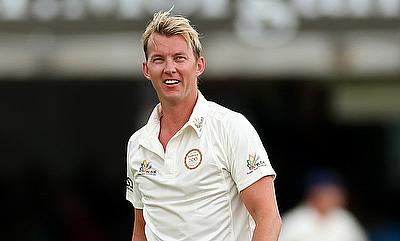 "Just like anything, experience [matters]," Lee said. "Unfortunately or fortunately -- whichever way you look at it -- I've had a few operations now so I really know what you've got to do after it. If it was the first one then I'd be a little bit nervous but I've been through it before so I know what I have to do. It doesn't make it [physically] any easier but it just makes the mental side of things a little bit more relaxed."
In the event of a failure to return to his desired level of fitness during the IPL, Lee said he would opt out of the World Twenty20 but added the possibility was unlikely. "You've got to be bowling well and bowling fast. If I can't get back and bowl the way I want to, whether it's through [bowling with] pace or through pain, I won't play. But I don't think that will be the case, I'm confident my body will stand up to it," he said.
"I've got nothing to prove, I'm no out there to prove that I'm bigger and better than ever. I'm just going to keep trying to bowl quick and if I can do the business on the field and still enjoy my cricket that will make me very proud."
Source: https://www.espncricinfo.com/