Back then, the whole concept of social media was limited to the likes of websites. But, since the introduction of smartphones, now using a social media portal is just a tap away. Nowadays, being socially active has become quite a necessity, as connections matter the most. With that being said, meeting new people and making new friends has become quite an easy task as compared to the old times.

We as typical beings are inherently attracted to the idea of being socially active over the internet. And if you are an iOS user, then the choice that you’ve got for social media apps is just undeniable. Being an iOS app development company, we’ve put together a list of top-grossing apps that you can find over the App Store. So, without any further ado, let’s dive into the list and find you an appropriate social media application. 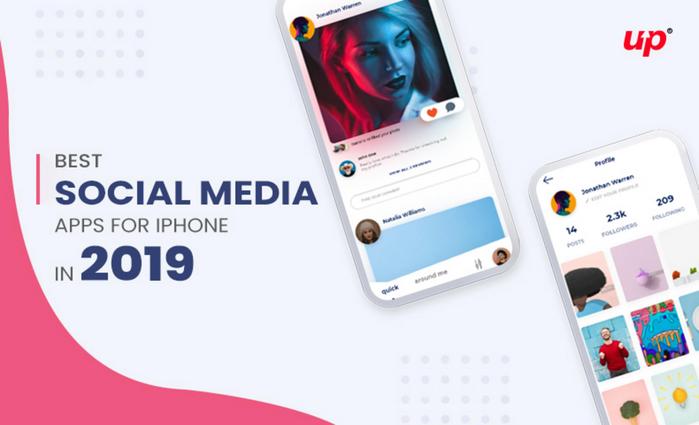 If you haven’t of heard of Facebook, then you’ve got a lot to catch up to. Since the time when Facebook was introduced, the social media giant did the unthinkable. It did make an impact and along with that, it changed the way people used to connect. It would be right for us to say that Facebook is the Kraken of Social Media. With the app, you’ll get ultimate access to News Feed, from where you can stay updated of what your friends and family are posting.

Most of the users out there use this app as a hub for news updates. Other than that, businesses are using Facebook as a medium of promotion, as the app has more than 2.38 billion monthly active users across the globe.

If you are one those individuals are more into sharing visual content, then Instagram is the platform for you. This app is literally a successor of Facebook. With this app, you can post up to 10 photos on a single go. Other than just posting, you can use Instagram Stories to let your followers see what you are up to.

As you start following someone, your feed will start showing their posts. In order to like a post, you need to just double-tap, and along with that, you can leave comments. We definitely recommend you to download this app if you haven’t tried it yet.

The first thing that you need to know about WhatsApp is that it was acquired by Facebook back in 2014. Yet, after that, the app managed to become the best message sharing app around. WhatsApp has literally demolished the traditional SMS. One of the perks of WhatsApp is the unlimited messaging facility. Other than that, you can share photos, videos, and audios altogether with your contacts.

Moreover, the app lets you make calls if you are connected with a stable internet connection. Have you ever heard of WhatsApp web? Well, with this service, you can use almost every single feature on your computer. Do make sure to download this app on your iPhone.

Twitter has completely revolutionized online socials and along with that, the app has brought up a change in the way how messages were delivered. On Twitter, a message is known as a ‘tweet’, a text containing no more than 140 characters.

With this app, a user can create a profile, post their updates, news, share contents and expressions with the world. Just like Instagram and Facebook, Businesses and marketers prefer Twitter for promotional activities as the chances of increasing customer engagement are high. Another plus point about the app is that it lets you shop directly without actually visiting the store.

Living the moment is probably the best way to define an app like Snapchat. As of now, this might be the most popular social media app among the youth of this world, and in this list as well.

Other than just connecting people and follow friends, Snapchat a lot more exciting features which include the perks of news, entertainment, quizzes, photo, and video editing tools. However, this app is mostly known for interesting filters that get updated every now and then just to keep the users indulged all the time.

So, these were some of the most popular social media apps you can find on the App Store. However, there are Social Media App Development Companies, which are working day-in-day-out just to introduce more and more apps like the ones we mentioned above.

Are you planning on making a social media application? If that so, then we are glad to tell you that this is the right place to look for an answer. Being a leading mobile app development company, our developers and technicians would be very happy to help you out.