by Rudy P. SysAdmin at howtofindthemoney
In brief
Why hydrogen's time has come
Hydrogen can be combusted for heat and motion (like natural gas) or oxidized by fuel cells for electricity to perform a variety of functions in power generation, transportation, heating and industrial processes. Importantly, hydrogen can be a low- or even zero-emission form of energy through the use of renewable energy technology or carbon capture and storage. 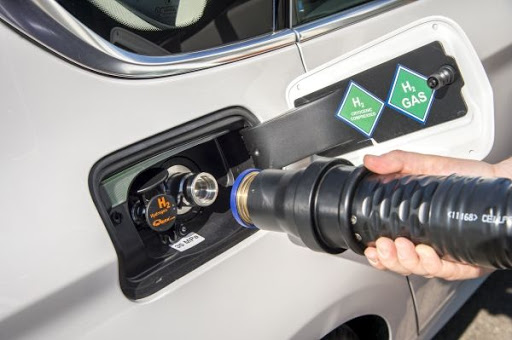 Hydrogen's potential as a form of energy has been known for a long time, but development of the hydrogen industry has stagnated. Experts point to three factors that have led to renewed interest in the hydrogen industry down under:
What's happening in Australia
The last year has been an exciting time for the hydrogen industry in Australia. A national hydrogen strategy is being developed by governments at the national level and is due to be finalized in late 2019 or early 2020. Hydrogen strategies are also being implemented at state level, including in the resource states of Queensland and Western Australia.
Research and development programs are occurring across multiple Australian universities and research organizations. In March this year, a program run by Queensland University of Technology, supported by Japanese petroleum conglomerate JXTG, conducted the first export of green hydrogen (hydrogen produced from electrolysis using renewable energy) from Australia to Japan.
The private sector is also forging ahead with new projects, often using government grants:
And in New Zealand
The New Zealand government is also looking to support the development of a new green hydrogen industry after last year's announcement of a moratorium on continuing offshore oil and gas exploration.
In March 2019, the government launched a roadmap for the development of a new green hydrogen industry based in the Taranaki region – the hub of New Zealand's energy sector. The government has also signed a memorandum of cooperation on hydrogen with the Japanese government. In the private sector, the Tuaropaki Trust and Japan's Obayashi Corporation have broken ground on a plant to produce green hydrogen using geothermal energy in Taupō. Ports of Auckland has also announced plans to build a pilot hydrogen production and refueling facility at Waitematā port.
Opportunities for future growth
Projections show increasing global demand for hydrogen, particularly in Asia. Both Australia and New Zealand are well positioned to serve that demand, due to their existing infrastructure, expertise and resources, as well as proximity to key markets.
Continued growth of the hydrogen industry in both Australia and New Zealand will, however, also depend on reducing supply-side barriers to the industry's development, through the following:
Above all, development of the hydrogen industry will require ambition and focus from governments and the private sector. The next five to ten years will be a crucial period for the gas industry as it seeks to maintain and promote its relevance as an energy source in a world increasingly focused on emissions and decarbonization. A strong hydrogen industry would support decarbonization goals while also providing continuing revenues for government and the private sector.
The 10 largest coal producers and exporters in Indonesia:
Click Here! Top Clean Coal Contractors for Power Plant, Gasification, Liquefaction and Emission Control System
Source: David Harley and Jack Brumpton