Apple’s biggest event of the year is nearly upon us. Here’s what to expect

Apple Inc. has a tradition of arranging three to four events every year to spring on news related to its upgrades, technologies & some hardware products. A spring forward event is usually held in March, the Worldwide Developers Conference (WWDC) in June, a September gather around for iPhone and Apple Watch announcements, and rarely an event in October if there are iPads or Macs expected in the fall.

September is here - it’s that time again when the tech giant has girded itself to hold a “Special Event” on its campus Steve Jobs Theatre. According to sources, the keynote event is all set to take place this Tuesday, September 10 at 10 a.m. PT. Apple has sent invites to the top media & developers’ fraternity with a catchy tagline “By Innovation Only” and we’re more than excited for the day. 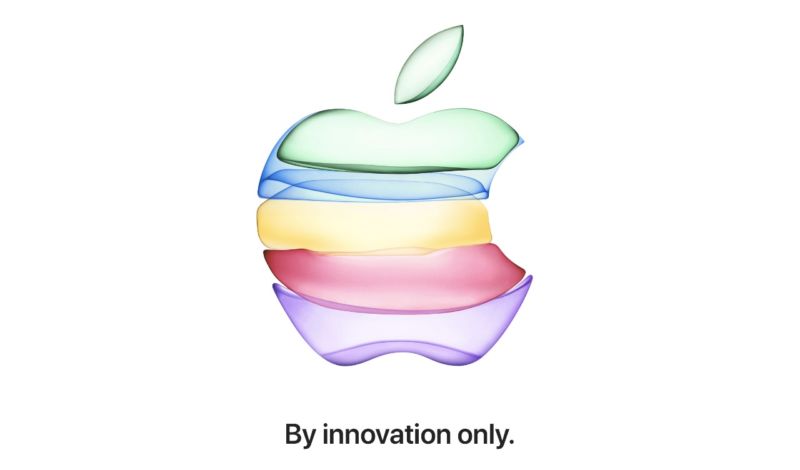 Just a few days to go for Apple’s big event & many whisperings are leading us towards some expectations from this smartphone guru. Apple has confirmed that the fall event is all about iPhone 11 launch with the debut launch of the super triple-square camera, with exceptional picture transfer support. These models are said to be the successors of 2018 iPhone lineups.

But, there is more to the story as predicted by tech geeks.

iPhone 11 will probably be not revealing as with some extraordinary key features. However, there are more surprises for Apple lovers.

We could also see the unfolding of Apple Watch, that was first introduced in 2014. Now there have been come back with a couple of hardware modifications & it might be a revamping of series 4 or altogether a new series 5. We don’t know much about it.

Apple Watch is expected to be offered in titanium & ceramic materials with health & sleep tracking features incorporated. There could be more about the existing generations of Apple Watch; for the better or worse. We’ll have to wait & see.

Apple is also likely to provide two new services Apple TV+ and Apple Arcade subscription services. The updated version of Apple TV+ would have either Apple's A12 or A12X CPU—the equivalent incorporated into the 2018 iPhones or in the 2018 iPad Pro, also for the A12X. The A12X (or even the A12) would be a value-addition to the Apple TV & Apple Arcade.

One of the most awaited probabilities from the event is the unveiling of Apple’s Bluetooth tracking tags similar to Tile. This would be an object tracking tool & one can track anything in the set range. Well, this could be rumored but that’s all we have rounded up from the reliable sources.

Apple has also some other new products in the pipeline such as new Airpods, iPads & wider screen for MacBook Pro, but these are probably not ready yet. So, we can expect Apple to announce them in the later “Special Event” in October (if that’s in the schedule).

Undoubtedly, Apple has a fair cadence of innovation & creativity up its sleeves. However, over the last few years, we have observed a question mark on Apple’s credibility due to a number of problems in its products. On the other hand, its flagship iPhone series (from 2018) is also facing big competition from Samsung Galaxy series.

All in all, it is reasonable, in any case, that the Apple products need a kick-off, and this September event is a huge opportunity for the brand to showcase its revolutionary products and say welcome back to its die-hard fans. Let’s find out how it all goes around.