Marvel Studio is targeting Ant-Man 3 to release in 2022. Marvel confirmed their plans to release an abundance of films and Disney+ shows at multiple conventions. Due to the global pandemic, the studio has updated and altered its event calendar. But there are no official updates on Ant-Man 3.

Ant-Man is an American superhero movie based on the Marvel Comics directed by Peyton Reed, and screenplay written by two teams Joe Cornish and Edgar Wright, Paul Rudd, and Adam Mckay. The film is produced by Marvel Studios and distributed by Walt Disney Studios Motion Pictures. It is the 12th film in the Marvel Cinematic Universe. It stars Rudd as  Ant-Man alongside Corey Stoll, Bobby Cannavale, Evangeline Lilly, Michael Pena, Wood Harris, David Dastmalchian, and  Michael Douglas. The production work of the movie began in 2006. The team hired Wright to direct the film which also co-wrote the screenplay along with Cornish. They completed three drafts of the script by the year 2011 and even shot test footage in July 2012. The pre-production of the film started in October 2013, and the casting began in December 2013 where the team found Rudd to play the character of the protagonist, Ant-Man. The shooting of the film took place in August and December 2014. The movie was then finally released in Los Angeles on 29 June 2015. The film received positive reviews from critics and audiences and collected a gross of $519 million worldwide. Then the sequel of the movie came in 2018. The team is preparing for the third installment of the franchise to be released in 2022. 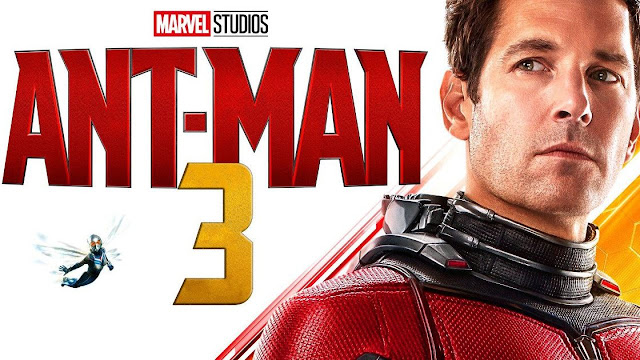 The first movie of the series did a profitable business at the box office. Director Peyton Reed returned with a trilogy which is written by Jeff Loveness (Rick and Morty). The filming of the movie will be starting in 2021 and is delayed due to the coronavirus. And the team is planning to release the film in theatres in 2022. The inclusion of Ant-Man 3 in the franchise will make it the busiest year for the Marvel Cinematic Universe. The Marvel Studio is already packed with four movies to be released in the first half of that year. The films including Thor: Love and Thunder are pushed to February 2022, Doctor Strange n the Multiverse of Madness is moved to March 2022. The release date of the Black Panther 2 has been scheduled to be released in May 2022, and one of the most awaited movies Captain Marvel 2 will be released in July 2022. An Untitled Marvel Movie is slated on Disney which is planned to release on 7 October 2022, so there is very little space for Ant-Man 3 to land. Visual effects were provided by Lola VFX, Double Negative, Luma Pictures, Industrial Light and Music, and Method Studios.

Marvel Cinematic Universe is an American media franchise and centered on a series of superhero films. The franchise includes short films, television series, comic books, and digital series. The first movie in the Marvel universe is Iron Man which was released in 2008. The phase was concluded by the film The Avengers in 2012. Phase two started with the sequel of the movie as Iron Man 3 in 2013 and ended with Ant-Man in the year 2015. Phase three began with Captain American: Civil War in 2016 and concluded with Spider-Man: Far From Home. The fourth phase started this year with Black Widow, and it will be concluded in 2022 with Doctor Strange in the Multiverse of Madness. Although, the release of Black Widow is delayed due to the coronavirus and currently is scheduled for November release.

Therefore, figuring out the release date of the Ant-Man 3 is nearly impossible; the uncertainty has surrounded all the other Phase four projects. The release of Black Widow is on hold, and it is yet not clear if it will get a Disney Premier like Mulan. Due to the delay in the production, it is also uncertain if the movies Shang-Chi, Eternals, and the Legend of the Ten Rings will stick to its release date in 2021. Or they will again be rescheduled, which may lead to another Phase four reshuffling. So if there is a little chance that the shoot of Ant-Man 3 will be completed by 2022, still the movie could not make it to the theatres before 2023. But, if Marvel has planned it thoroughly, then hopefully they’ll make some official updates soon.