When it comes to regaining the youthful appearance and doing away with your wrinkles, age spots on the face, sometimes people have to resort to surgical intervention. Plastic surgery clinics in Korea regularly perform the facelift surgery for addressing the different signs of ageing. It is possible to treat different facial regions with this technique and knowing about them will help you to understand the process and the associated benefits better.

One of the most important benefits involves the correction of the jowl because as you age and there is progressing of the aging features, volume starts to accumulate in a lower part of your face. This is the negative effect of gravity coupled with decreased elasticity of the skin of the person. Facial ligament overlies the jawbone and this works as a fixed point. Overtime the soft tissues will start descending leading to prominent jowls present behind fixed ligament.

The surgeons performing the facelift operation would release the retaining ligament of the mandible followed by the releasing the suspension of soft tissue and skin for smoothing jaw line appearance. This operation also softens the nasolabial folds or the smile lines. These tend to deepen as you age. Facelift involves re-draping and the re-suspension of the facial superficial muscles. This in turn also softens the appearance of nasolabial lines. 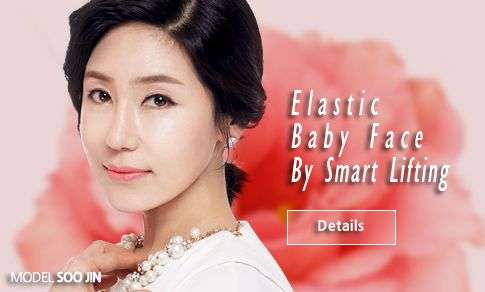 In case a person has particularly deep smile lines, the surgeon might consider performing micro fat grafting during the facelift operation for providing an additional volume. There will be increased definition related to the sub-mental region with facelift surgery. The elasticity of your skin decreases with the ageing process, and as a result, cervicomental angle below the chin starts losing its definition. Oftentimes the localized fat is going to accumulate here.

You will experience benefits associated with facelift surgery at plastic surgery clinic Korea with the sharpening of neck angle. For achieving this, the surgeons will perform different techniques such muscle stitching in the midline with a separate incision. This remains hidden within chin creases. There will be neck muscle or the platysma suspension or fat removal. It is possible to add extra neck definition with the facelift surgery.

This technique also restores the volume of the mid-face region of the individual. Effects of the gravitational pull remain quite pronounced within the cheek and the midface region. When performing a facelift, the surgeon will re-suspend the facial superficial muscles, the SMAS layer. This will add some volume to your mid-face region. When they require a further volume, they might also perform fat grafting technique for creation of a youthful appearance.

Here you will have to remember that face-lift surgery done at plastic surgery clinics in Korea in no way affects your eyebrow position, eyelids, and wrinkles that are present around your lips. It is not going to improve the appearance of eyelid skin that has gone redundant or the orbital fat quite prominently present. In case, you want to do something about the regions as well, talk with your surgeon to combine the facelift operation with brow or eyelid surgery as per your desires.