The ICC's Anti-Corruption and Security Unit (ACSU) is investigating Pakistan's tour of Australia in 2009-10 to establish whether Pakistan's disastrous on-field performance was the result of what it called a "dysfunctional" team or "something more serious". Paul Condon, the ACSU's outgoing chief, said the investigation was being carried out with the PCB.

Condon's comments, at a press conference at Lord's, come in the wake of reports in the media suggesting reasons for Pakistan's performance. The PCB has been conducting its own investigations into the Australia tour and, over the past few days, a leaked video recording of the committee's hearings has revealed the level of in-fighting and disunity within the Pakistan side, confirming speculation surrounding the level of distrust and discord between senior members of the side. 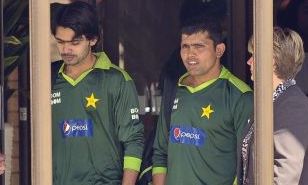 "There has been an ongoing investigation since the time, because it is a series that worried us," Condon said. "We spent a lot of time talking to the players and the PCB but part of the challenge is to find where the solid fact is, because what you've got there is a lot of internecine strife within the team and within Pakistan politics, with rival camps making allegations.

"We are satisfied that that was a totally dysfunctional tour from a Pakistani point of view, and that dysfunctionality in the dressing room led to players not performing well, and maybe making them potentially underperform deliberately. What we still need to establish is whether that was because rival camps wanted to do down captains or potential captains, or whether it was something more serious, doing it for a financial fix.

"We are working very closely with the PCB but at the moment it is a flurry of allegation, rather than any hard fact. The investigations at the time suggested it was more about a dysfunctional team, rather than matchfixing. But it is a live inquiry."

However, PCB chairman Ijaz Butt said "the Australian tour chapter is now closed and we have finished our inquiry. We have found no evidence of any match-fixing during the tour." The PCB took action against seven players after the committee concluded its investigations, though they never made public the report. Mohammad Yousuf and Younis Khan were banned indefinitely, Shoaib Malik and Naved-ul-Hasan were banned for a year while Shahid Afridi and the Akmal brothers, Umar and Kamran, were fined and placed on probation for six months for specific incidents of indiscipline. 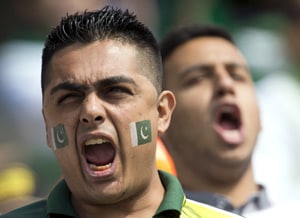 Condon, whose ten-year role at the ACSU comes to an end in June when he hands over to the former head of the Royal Ulster Constabulary, Sir Ronnie Flanagan, insisted that the sport he was leaving was in a much healthier situation than it had been when the unit was set up at the start of the 2000s, and called for firmer evidence of wrongdoing to be presented before aspersions were cast on matches such as the Sydney Test.

"In fairness to the players, we have a generation who want to defend the integrity of the game," Condon said. "It's only a tiny minority who get drawn into malpractice, and what I've always said to the players is that while I expect them to be honourable and support what we are doing, I will defend them when unfair allegations are made against them.

"In the serendipity of cricket, you often do get freak results, because it's a fabulous game and strange things can happen. We get phone calls from people saying that a match must have been fixed. But quite often I've said to people, at its crudest, 'put up or shut up'. Either defend the game you love, or give us some real evidence that a match has been fixed. The vast majority of players are honourable."