Browse Articles  »  Travel  »  7 Top Strategies to Help You Save Money When...

7 Top Strategies to Help You Save Money When Buying Tickets

by Kristen White Blogger Most of the sports lovers are always excited when they hear the baseball season, football season or a sport they love is soon kicking off. They are always excited in cheering off their sports stars, favourite teams and seeing how the games will be unfolding. 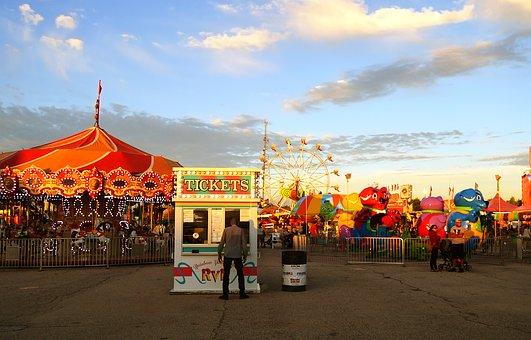 According to recent research by one Chicago based ticket reseller company, the average ticket price for all the NFL games during the 2013 season was $203 exclusive of extras such as food, parking, beer and team swag. $431 was the most expensive ticket in the league. Here are seven top strategies that will help you make a saving when buying the tickets.

Joining the fan club of whatever team you are supporting will enable you to be among the first people to hear of any ticket offers. Though there might be a membership fee attached, there are times when the fee can pay off especially if you have bought the tickets using a clubs exchange program.

2. Always Search for the Presale Passwords

There are companies which sponsor the teams you are supporting that can offer you with passwords for buying the Ny Giants tickets online before they go to sale to the public. The passwords are known to contain some great discounts. It is advisable for one to search online for presale passwords.

3. Shop for the Secondary Market

There are season ticket holders and ticket agents who cannot make it to a game usually resell their game tickets on sites such as eBay, TicketCity.com or StubHub.com. According to the co-founder of SeatGeek.com, Russ D’Souza, most of the online tickets are usually sold for lesser price simply because they want to get rid of them. Though the tickets might be much lower on sites such as Craigslist, it is always advisable for one to stick to market places where there is a money back guarantee just in case the tickets fail to arrive in time or are fraudulent. The craigslist tickets might be much cheaper; however there is never an assurance of getting your money back. On eBay, any wronged buyer can always use the sites dispute resolution centre which makes most of the sellers fear taking part in fraudulent activities due to the negative feedback rating they can get.

Majority of the teams are known to play during the weekend, however there are others which are usually played on the weeknights. Going out for a weeknight game can help you save money since the tickets are usually less popular.

Sporting events are usually considered to be a social activity. The single tickets are never as popular hence they always tend to be cheaper. In case you are going to watch a game with your friend, it is advisable you always look for seats which are in the same section where you will seat behind each other.

The NY Giant ticket fees can easily get to $10 or more. There are times when you can avoid the ticketing fees by buying the tickets at the stadium office, third party ticketing agency. If you have to pay for parking, you can easily negate the savings. However, in case you are living or working near the stadium, it can make lots of financial sense if you buy in person.