by Crossgraphic Ideas we beat your ideas

It is a fact that when we plan to start a new project, everything has to be taken care of. A manufacturer even plans how his/her product will do in the market and how much benefit he/she will be receiving after the launch of the product.

Similarly, when an architect plans to build a building, he prepares a model or a kind of graphical representation like 3D Architectural Visualization which will help the clients to get a clear understanding of the physical properties and an accurate vision of a home or the building before it gets started.

Since constructing a building is a big deal and very expensive, one just cannot risk everything so a graphical representation like 3d Architectural Visualization helps you to know if there is anything which needs to be changed if something goes wrong with your plan or the layout.

The technology 3d Architectural Visualization is used by builders, architects, real estate industries and interior designers to help sell their products and services.  Graphical representations are always better than words for a clear vision at securing sales, and they give the client a clear vision of what they’re buying.

It is all about making an image come true. 3d Architectural Visualization is the fastest growing technology today. Generally, this term is used in designing industries and is commonly known as 3D graphics Visualization, 3D rendering, computer-generated imagery (CGI), and other forms of 3d Visualization. However, it is not the same as 3d designs; it is much more than that. 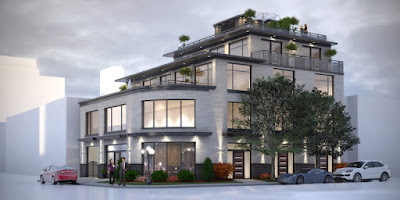 Basically, it is used for the process of creating a graphical content using 3D technology. In many industries, this technology has become the primary focus and has become more important for producing high-quality digital content.

The technology is capable of providing you a perfect graphical representation of your project through imagination so that you get a clear understanding of your product features which includes physical properties.

This terminology is often misunderstood by people that it is same as 3d technology. As mentioned earlier, it’s a form of graphical representation which is created and witnessed in the end result in the form of visual content (i.e., images and animations). It’s not exactly like 3D design or 3D development which are usually refer to the production of content, like computer-aided design (CAD) files, designed by engineers or designers for various manufacturing purposes.

The end results of 3d Architectural Visualization looks more real than just CAD files as these are dynamic graphics that blend both technical and artistry skill.

There is a huge demand for 3D visualization technology in the designing industries and is not limited to the consumer product industry. There are various industries such as an automobile, architectural, medical, pharmaceutical, fashion and others which can easily benefit with this technology.

The main idea behind this is to create high-definition photo realistic images/graphics and animations which focuses primarily on creating marketing/branding and pre-visualization designs for consumer products. Not only graphical representation, but also 3D modeling along with texturing/UV mapping, material setup/shading, animating, different lighting techniques, rendering (V-Ray), and compositing help to create a real vision for the clients.

we beat your ideas