Browse Articles  »  Sports & Recreation  »  3 underrated players to watch out in the Indian...

3 underrated players to watch out in the Indian Premier League 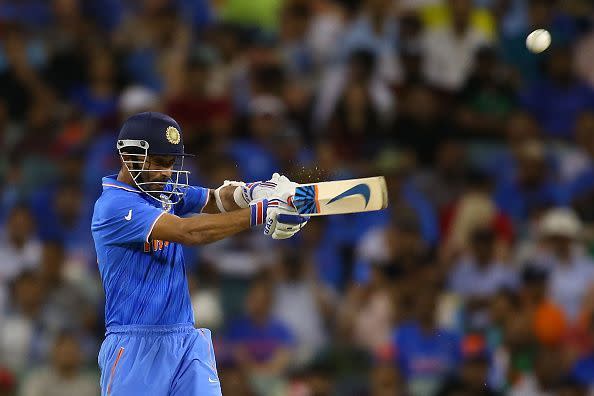 The T20 format was introduced a little more than a decade ago in a bid to give cricket a much-needed boost. In the face of competition from other sports and also other channels such as social media, cricket was facing a dwindling audience. Enter a new format, a much shorter format in favour of the batsmen that would guarantee some explosive hitting and commendable fielding efforts.

Naturally the format was adopted by India, localised and turned into a highly entertaining annual event by the name of the Indian Premier League. The IPL has come a long way since its inception and has turned into an event watched by millions from all over the world. Mega tycoons and Bollywood celebrities have bought teams, global brands such as Pepsi have sponsored previous iterations of the event which shows no sign of stopping. That is until the dreaded pandemic hit and threw the entire world into chaos. COVID-19 has been devastating for the world and has had profound effects on India with the country going into multiple lockdowns.

Events such as the IPL have suffered and have been postponed multiple times. The latest news to come from BCCI is that the IPL will now be held in UAE in September. While it is true that the local Indian fans will not be able to attend the games at home, the news still comes as a relief to many who are keen on playing in the IPL and the spectators who are keen on watching the tournament. With that in mind, in this article we shed light on three IPL players that you should look out for.

Royal Challengers Bangalore on paper seems unbeatable yet is one of the three teams to have never won the IPL. They have come achingly close on three occasions but have not been able to get to the finish line. With a fresh injection of new Indian players into the squad, it seems that they might have a chance this time around. One of those players is Shahbaz Ahmed who has impressed with his bowling. In just seven games he has claimed six wickets with best bowling figures of 3/7. Ahmed has also demonstrated ability with the bat and currently has a strike rate of 100.

Another player from RCB, Patidar was a relative unknown that was bought at the auction for 20 lakhs. A star player in the Syed Mushtaq Ali Trophy where he blasted 68 runs off just 29 balls while staying unbeaten at the crease. While he has had a rocky start at the IPL there is no reason why he cannot fire in UAE and propel RCB to a gigantic score.

Last name on this list is that of Abdul Samad who made his debut against Delhi Capitals last year. Later traded to the Sunrisers Hyderabad, in his 12 innings Samad has a strike rate of 161.54. His contribution comes down the order but can also assist his team when it comes to bowling. While SRH are facing an uphill battle to get out of the playoffs, they need someone like Samad who can dismantle the bowling and set up big totals for his team. This is especially valuable for a team not known for its power hitting.

Is IPL Fixed?
Now all of this is well and good but there is one more thing that needs to be mentioned about cricket events in India. We all know what I am alluding to so best to say it as it is – Match Fixing.
These two words have tarnished the reputation of the game the world over. No country has been immune and several high profile cricketers have been accused and in some cases convicted of wrongdoing. It is natural that match fixing would be mentioned in the most high profile tournament of the world with cricket fans asking the question Is IPL FIXED?
BCCI has released several statements denying any wrongdoing happening in the matches. They have also set up anti corruption units that monitor teams and individuals taking part in the IPL. Hopefully the event being played out in September will be completely free of any scandals so that cricket can make a triumphant return to India once the pandemic finally finishes.