12 Stats That Sum Up the Week in Digital Marketing

The past week has been jam-packed with data in digital marketing, but who has time to read all that? Adweek has you covered with a look at stats from our coverage and more.

The future of self-driving trucks is here, and it’s schlepping Anheuser-Busch beer.

On Thursday, the beer maker announced that it is taking over 40 self-driving Teslas (priced at a whopping $150,000 each) across the country to transport cases of Budweiser, Bud Light, Goose Island and more. 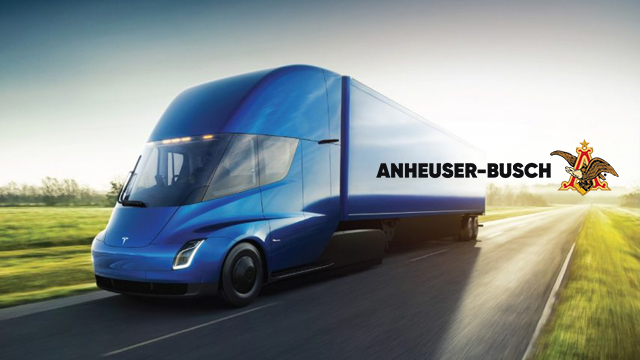 The goal? Reduce its carbon footprint (and maybe a few jobs in the process). By 2025, Anheuser-Busch wants to cut down its carbon footprint by 30 percent, equivalent to 500,000 cars from roads every year. So far, AB InBev said that it’s reduced its emissions by 17.5 percent since five years ago, when it started its initiative to become more environmentally savvy.

Click here to read more about how Anheuser-Busch is experimenting with autonomous driving.

2. The robots are coming

It’s not just self-driving vehicles that are about to take over human interactions.

According to research from Accenture Interactive, 86 percent of marketers believe that artificial intelligence will make their work more efficient and effective.

Here’s an in-depth look at how AI is shaking up marketing.

People like GIFs—a lot. In its year-end report on the most-used GIFs of 2017, Giphy said that 300 million people used 2 billion GIFs every day (yup, every day).

At the top of the list was Love gnome (above) created by Anna Hrachovec, which amassed 340 million views, followed by a GIF dubbed “white guy blinking” with 266 million views. Sounds fitting.

Check out all of the top 10 GIFs here.

Among the top-performing content were two ads: A branded video for Oreo created by Dude Perfect with 93 million views (pictured above), and Lady Gaga’s half time show at the Super Bowl, which was sponsored by Pepsi Zero Sugar and racked up more than 37 million views.

Not all news was great for YouTube this week. As the platform continues to struggle with brand safety concerns from controversial content, CEO Susan Wojcicki said that the company plans to have 10,000 people policing YouTube content in 2018. Since June, she added that YouTune has flagged two million videos for violent extremist content.

Three months after adopting Nielsen’s total live audience numbers, the sports network claims that it’s increased its millennial viewership by as much as 33 percent.

The catch? Nielsen’s numbers combine streaming and out-of-home viewing with linear viewing, meaning that folks aren’t simply sitting at their couches watching a TV set. They’re out and about and watching on smartphones and computers.

For the past year, Visa’s marketing team has been working to create the brand’s sound—a new chime that will echo out of any device when someone makes a payment using Visa.

According to the Wall Street Journal, Visa whittled down a list of 200 potential sounds before picking the winning one-second chime. With more brands revamping their logos to appear on smartphones and digital platforms, retooling a brand’s sound could open up new voice marketing opportunities.

Speaking of sound, Ed Sheeran was the most-streamed artist on Spotify this year, with 6.3 billion streams and a monthly audience of 47 million monthly listeners.

Drake, the Weeknd, Kendrick Lamar and the Chainsmokers rounded out the list of top five artists on the platform. Here’s a more detailed look at Spotify’s data.

According to L2’s research, which analyzed nearly 1,400 social posts from big-box retailers like TJ Maxx, Guitar Center and Marshalls, Instagram Stories makes up 95 of brand’s social posts while Snapchat accounts for a measly 5 percent.

Those numbers are significantly different from 2016, when Instagram Stories was smaller, per the report. Last year, Snapchat accounted for 61 percent of big-box retailers’ posts, while Instagram made up 39 percent of posts. 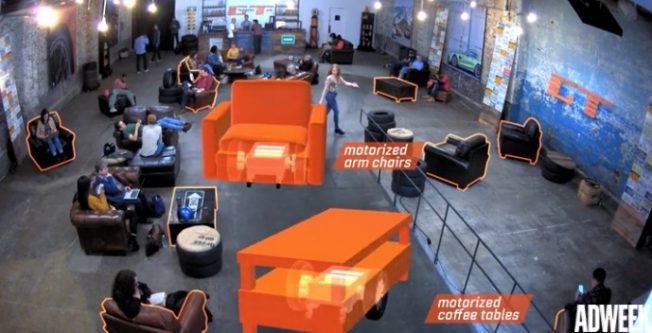 To promote the new season of Amazon’s show The Grand Tour, the agency set up a hidden camera in a café and captured patrons’ bewildered reactions when a fleet of motorized chairs started spinning around the room.

Within 24 hours of posting it on Facebook, the video racked up two million views.

File this one under ‘duh, but this is important’: According to a survey from Shutterstock of 1,500 marketers in the U.S., the U.K. and Australia, 88 percent of marketers agreed with the statement “using more diverse images helps a brand’s reputation.”

It may seem like common sense, but when it comes down to actually depicting diversity in advertising, many marketers don’t walk the walk. Shutterstock also found that 33.9 percent of U.S. marketers have used more “racially diverse models’” over the past year while 21.4 percent have featured “nonprofessional models” in their campaigns.

The news is particularly important this week in light of the Consumer Electronic Show’s neglecting to include a single women keynote speaker, which shows just how pervasive sexism is within the advertising and technology industries.

For years, branded apps seemed dead in the water—mostly because they didn’t include many interesting features and were expensive to make. However, that’s starting to change, especially for retailers trying to squeeze out sales from every possible angle. One way they’re making it work: Push notifications.

At any given time, a team of eight people is whipping up pithy messages for Chubbies’ app, and 33 percent of the brand’s visual designer’s time is spent crafting those itty bitty messages that flash across a screen.