Browse Articles  »  Travel  »  See and Do in Mykonos Greece

See and Do in Mykonos Greece 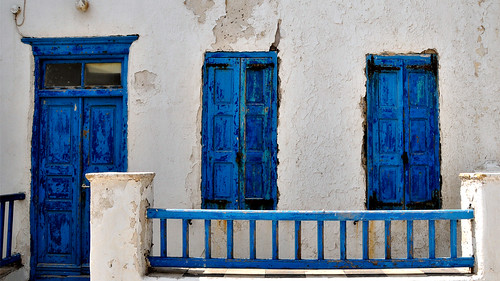 When holidaying on the beautiful island of Mykonos you will enjoy the art, museums and golden beaches the location has to offer. The island is packed with attractions tourists visit and marvel at. Mykonos boasts with life, especially during the summer months, yet it also offers an alternative cultural experience to be explored.

The Town’s library is housed in an ancient 18th century palace located in the heart of Ayia Kiriaki Square. There you will find over 8000 volumes including a large collection of 18th and 19th century photographs, manuscripts, documents and Cycladic coins as well as sketches and books donated by John Ratekin, a notable American artist.

The library is an incredibly charming establishment consisting of merely two large rooms which walls are lined with wooden shelves. The charismatic lady who is in charge is incredibly friendly and open to conversation.

The famous square located in the heart of Mykonos Town, takes its name from the Greek war Heroine named Manto Mavrogenous. As a tribute to the famed heroine, a statue decorates the square in the midst of all the hustle and bustle of the town’s square. The Greek heroine, Manto Mavrogenous, played a vital role in the Greek War of Independence in 1821-1832, where the Greeks fought against the Ottoman Turks for their independence. The heroine came from a wealthy and aristocratic family and during the war she spent her entire wealth on supporting the Greeks’ noble cause.

The majority of Mykonian locals, as all the Greek islanders, are known as being simple fishermen. The profession is part of the island’s tradition and always will be one of the main sources of income for the locals. The fishermen set of for their daily catch during the night in their ‘kaikia’ (small fishermen boats) and return in the early dusk. The local fishermen display the day’s catch on incredibly large marbled chunks beneath a canvas roof. The local housewives and tavern owners parade down the fish market during the early hours of the morning to buy the delicious fresh treasures of the sea!

Next to the old port, beside the only beach found in Chora, sit the Pillars of Gialos. The magnificent 150 year old pillars once supported a balcony of a privately owned aristocratic residence built in the mid 18th century. When the residence was renovated some 80 years ago, the grand pillars were re-located to their present location, near the Town’s beach, so that they could be marvelled by the island’s visitors and locals alike!

Mykonos Theoxenia 5 star Hotel is your only choice concerning accommodation if you truly seek a holistic experience on what the island has to offer. Mykonos Theoxenia Hotel is famed as being the island’s jewel and renowned for its original design, succeeding in merging the island’s history with contemporary and modern design.  Mykonos Theoxenia luxury hotel, was originally built in the 1960’s and is currently viewed as “national preserved property” after a team of expert interior designers renovated the hotel, turning it into an innovative and glamorous boutique hotel while preserving its initial and original Cycladic architecture. Mykonos Theoxenia indisputably symbolizes the island’s true nature, history, glamour and of course hospitality.