by Jason Frank Web Designer Locate Each Frame-Cut HDcam AVCHD clips Frame by Frame on Mac Source: mts-to-aic-converter.com What is Frame Accuracy? MTS recordings from AVCHD camcorder are often highly compressed before stored, such a compressed movie contains key frames and non-key frames. Key frames can be displayed independently, while non-key frames can not be displayed without key frames. So such a functionality to locate and display every frame correctly, no matter key frame or non-key frame, is called frame accuracy (frame by frame). (Tip: Frame is one of the many single photographic images in a video.) The Advantages of Frame Accuracy: With Frame Accuracy, you can precisely start locating and displaying on desired frame; easily get exactly what you see or want. Without Frame Accuracy, you may lose the desire frame, or you may get SECONDS of frames you do not want before desired one. When you are working on a movie or short film which requires accurate frame extracting from video stream, you need the ability to capture a precise single frame from a video file. You may ask such question: Is it possible to capture a frame from a video in any format? The answer is YES. And there are a lot of choices. If you're Mac user, you can use iMovie, one the best free video editing app that comes with your computer. Yet iMovie works only with a few video formats. Some AVCHD .mts and HD videos can not even be loaded to iMovie. Here's a new alternative for iMovie – the Pavtube Media Magician for Mac, which supports a variety of codecs and file types, including AVCHD, MTS, M2TS, TOD, MOD, MKV, MOV, AVI, MP4, ASF, DVD compatible MPEG files, flash videos and even protected TiVo recordings. In terms of accurate editing, the Media Magician for Mac can show you all the frames in a video (like for example 24 frames in a 1 sec video) and then allow you to delete individual or more frames, add frames, split the video exactly between two frames you choose, join AVCHD/TOD/MOD videos seamlessly (without encoding). If you're looking for a Mac based video editor that cuts any video frame by frame, pick up this app. Download Pavtube Media Magician for Mac Trial Guide: How to cut AVCHD MTS file frame by frame with Media Magician for Mac Step 1. Load video to Media Magician. Open up the software, and press the Open button to import video. You can either choose a single video clip or a folder that contains multiple videos to import. Imported videos are displayed in the media library area. If your source video is saved on a camera/camcorder HDD, just connect the cam to Mac and the software will pop up a wizard for you to capture AVCHD MTS/M2TS and TOD footage. 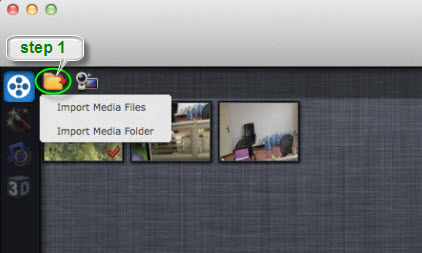 Step 2. Drag and drop video clip(s) to timeline. Just click on the video you'd like to edit and drag-and-drop it to the timeline at the bottom. 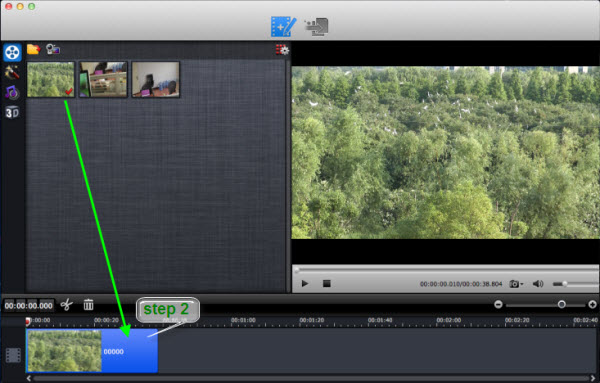 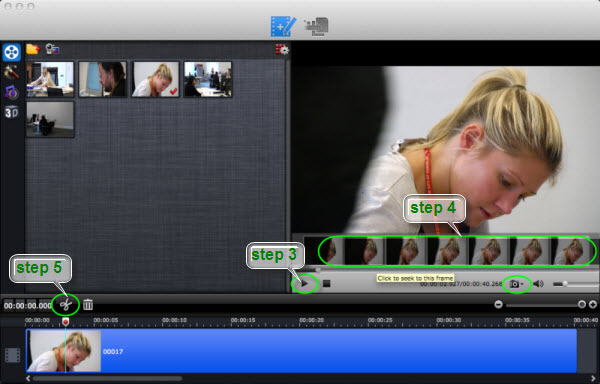 Tip: You can take snapshoot of the present frame by clicking the camera icon in player, so as to save the frame as still image. Step 5. Press the scissor icon to split video by the specific frame you select. Step 6. Remove unwanted frames. Repeat the operations of Step three to five until you split the video into as many segments as you like. To delete unwanted segments, you may select them in timeline and press the trash icon. Step 7. Click the Output button on the top and switch it to output interface. 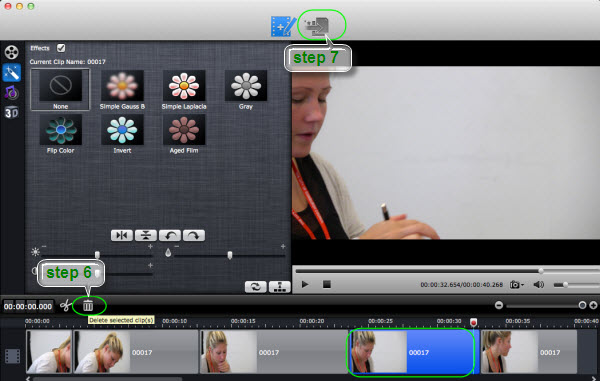 Step 8. Create output task list. Decide your output format, choose it, and then click on the + sign to add it as a conversion task. You can add multiple tasks for batch conversion. 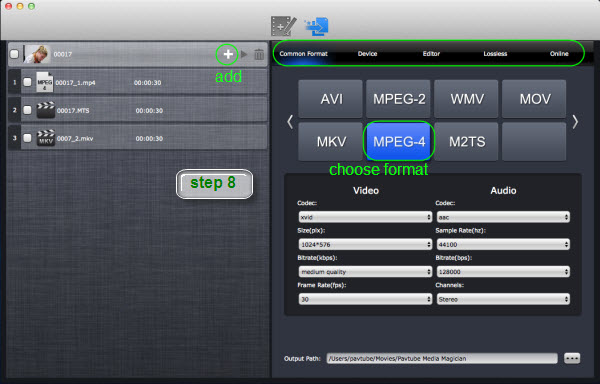 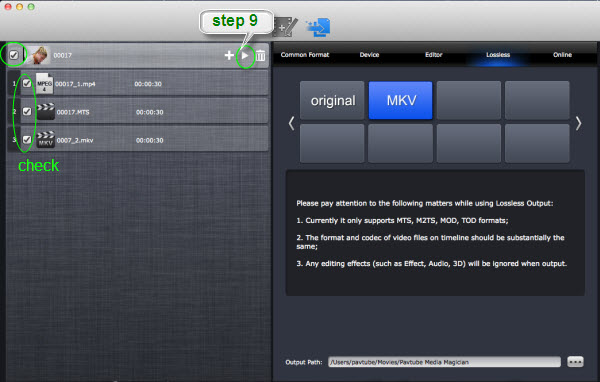 Trick: The encoding process may take long time. In order to shorten the processing time, you may switch to "Lossless" tab and choose "original" or "MKV" as output format. This makes it possible to cut and join multiple MTS/M2TS/TOD/MOD videos together without encoding. Yet it does not work for AVI, MKV, MP4, MOV and other formats. In this way you cut/split/trim HD video frame-by-frame and export self-made video for playing in iTunes, QuickTime as well as editing in iMovie, Final Cut Pro, Avid, etc – the Media Magician includes intermediate codecs (AIC and ProRes 422) that are naturally accepted by professional non-linear video editors. Also, it is able to access YouTube and upload your work for sharing. You may also like: How to output Apple ProRes 422 for Final Cut Pro from AVCHD/AVCHD Lite (MTS, M2TS) footage? Edit movies on the timeline and select frames accurately using frame selection controller Remux MKV/M2TS with no Conversion - Time-saving joiner for WD TV Live Plus HD video playback on Mac Cut/trim/split long videos from camcorder/camera to YouTube Split/Cut AVCHD MTS/M2TS Video Files without Re-Encoding/Recompression on Mac How to manage/backup videos from camcorder/camera with Camcorder Wizard on Mac?