How to Keep 4 Channels Multi-stream MXF to AVI?

by Ujin Wang Web Designer How to Keep 4 Channels Multi-stream MXF to AVI? AVI is a traditional popular format introduced by Microsoft in 1992. AVI had gained its popularity since it was created. It can contain both audio and video data in a file container that allows synchronous audio-with-video playback. Like the DVD video format, AVI files support multiple streaming audio and video. Different from AVI format, MXF is like a freshman. It was developing in the decade. In a word, MXF is like a container format for professional digital video and audio media defined by a set of SMPTE standards. It was designed to address plenty of problems with non-professional formats. It has full time code and metadata support which enables it output full HD MXF videos. Multi-track MXF is one kind of MXF formats which is with multiple audio tracks. 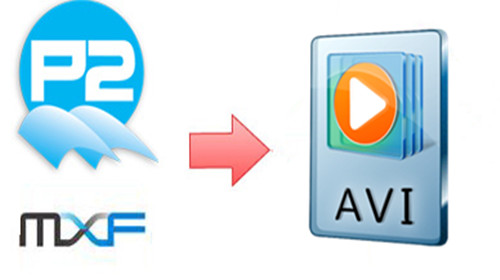 MXF and AVI are both well-known video formats in common use. The conversion from MXF to AVI is gradually becoming a hot issue. So how should we keep 4 channels Multi-stream MXF to AVI? I will introduce Pavtube MXF Converter for Mac (Review), a rewarding converter which I had used for one year. This wonderful multi-track Mac MXF Converter can perfectly convert MXF files with 2, 4, 8 or more audio channels to MP4, AVI, MKV, MOV, ProRes. You don't need to worry about the loss of the sounds any more! Besides the conversion of Multi-track MXF videos, you may also convert MXF files to MKV, MP4, MOV, AVI, WMA, SWF etc. for Final Cut Pro, iMovie, Premiere and countless video editing software and players! Note: Pavtube MXF Converter for Mac support outputting the original one audio track separately; if you want to combine all the audio tracks, the Pavtube iMixMXF is highly recommended. (Learn moreguides)

Tips: I recommend you to load MXF files from your camcorder first. Then you can add these files to the software. This is to keep the stability of importing files and prevent the conversion to break off. Step 2: Select "AVI" as the output format. Open the format bar and choose .avi as output format. There is a convenient way that you can search avi in the searching box.

Tips: You may also change the codec, size, bit rate, frame rate, sample rate, and channels of the video and audio for your specific needs. Step 4: Start the conversion from MXF to AVI. Click the "Convert" icon to transcode 4 channels multi-stream MXF to AVI. With just a click on "Open output folder", you can locate the export AVI files easily. Never miss to get Saving up to $44.1, MXF/MTS/M2TS/MKV/FLV/MOV Converter.etc at Pavtube Bundles Deals!