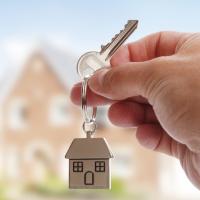 Coonoor is one of the three Nilgiri hill stations – Ooty, Kotagiri and Coonoor – that sit high above the southern plains. It is relatively smaller and quieter than Ooty, where you can do exactly the same kind of things as you would do in the bigger, busier Ooty. From upper Coonoor, 1km to 2km above the town centre, you can look down over the sea of red-tile rooftops to the slopes beyond and soak up the peace, cool climate and beautiful scenery.

Coonoor provides travellers with panoramic views of the lush green Nilgiri hills, with its ravines, valleys, and waterfalls. Bird watching is a popular pastime in Coonoor, as the area boasts of a large variety of species like cormorants, pipits, thrushes, parakeets, skylarks, etc. Travellers can take a walk through the tea gardens. There are number of trekking and hiking trails around Coonoor. Travellers can enjoy the exhilarating and unique ride on the toy train that connects Coonoor with Mettupalayam and Ooty. The trip provides some breath taking views of the Nilgiri hills in all its natural glory

2) ON A NATURE TRAIL

Surrounded by mountains and blessed with a climate where the mercury seldom crosses 20 degrees Celsius, Coonoor is just the place to unwind. From vantage points to waterfalls, tea estates to trekking paths, there’s something for everyone.

Dolphins Nose: The Dolphin’s Nose Viewpoint, which is 10 kms from Coonoor, is an important place to visit. It not only provides a panoramic view of the vast expanse of the Nilgiri hills but also of the famous Catherine Falls.

St. Catherine’s Falls: At 20 km from Coonoor on the Mettupalayam road branching off at Aravenu, the double-cascaded St. Catherine’s Falls is the second highest in the district. Named after the wife of M. D. Cockburn, the pioneer-planter in the region, it presents a lovely view of the sweeps of forests and woodlands, waylaid by tea gardens and yet running to meet the plains in the south-western moorings. The glittering Dolphin’s Nose of Coonoor is also seen across the mighty gap in the hills; one of the three great systems of faults in the geological formation of the Blue Mountains.

The Nilgiri Mountain Railway: Built by the British in 1908, and was initially operated by the Madras Railway. The railway relies on its fleet of steam locomotives. In July 2005, UNESCO added the Nilgiri Mountain Railway as an extension to the World Heritage Site of Darjeeling Himalayan Railway, the site then became known as “Mountain Railways of India” after it satisfied the necessary criteria, thus forcing abandonment of the modernisation plans.

For the past several years diesel locomotives have taken over from steam on the section between Coonoor and Udhagamandalam. Local people and tourists have led a demand for steam locomotives to once again haul this section.

Some of the most authentic, home-style cooking variants of vegetarian and non-vegetarian South Indian cuisine are available at Coonoor. The quaintness of the hill station reflects in its food and its approach to produce. The lush tea plantations in the vicinity are well-represented through scores of tiny tea and coffee shops that serve everything from chocolate tea to cardamom tea.