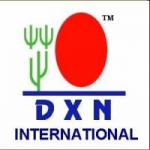 
DXN was founded by Dato 'Dr. Lim Siow Jin, graduated from the prestigious Indian Institute of Technology. Dato 'Dr. Lim started the business looking for the fungus benefits in human health. His deep interest and his infinite effort led him to use the full potential of Ganoderma or Lingzhi, which is known as the King of Herbs, for human health and wealth, with the establishment of DXN in 1993.

The main commercial activities of DXN include the cultivation, manufacture and marketing of healthy food supplements. With headquarters in Malaysia and operations worldwide, the company is known for its Ganoderma business. Its product lines include dietary supplements, food and beverages, personal care products, skin care and cosmetics, household products and water treatment systems.

With more than seven million registered distributors worldwide, DXN is consolidating its position as a world leader in Ganoderma products.