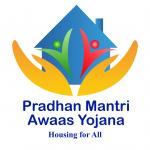 Pradhan Mantri Awas Yojana Urban online application form for housing units under PMAY-HFA is available on pmaymis.gov.in and it is an ambitious housing mission launched by central government for providing houses to all by 2022.

Under the above housing scheme, government is providing houses to EWS, LIG, MIG category at very low cost along with central and state government assistance.

Delhi Development Authority will soon launch its new housing scheme 2016 for the allotment of multiple housing units for different segment of the society.A budget for financial year 2016-17 has been a...