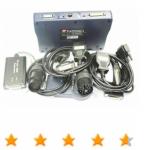 she tells me that she has been a lonein a globe so cruel and unknownher black hair falling over her eyesmaking her uneasy,her vision unclear...my heart feels for heras she seems so conversant asking y...