Parasite made history by winning Oscar for best picture, but how and why?

The South Korean film directed by Bong Joon-ho, Parasite has won the Academy awards for the best film, and it came as a big surprise to many. The viewers and industry giants were defining the 92nd Academy awards by the inclusion of safe choices, and only a few were ready for such a big surprise. The South Korean film not only made into for best picture but also Bong Joon-ho got the award for best director. The inclusion of some big names in the category of the best director made the competition fierce. Still, finally, Bong Joon-ho appeared as the winner, and Twitter almost broke with the appreciation of messages and applauses.

It was no way easy for Parasite to emerge as the winner in the category of the best picture as the group was fully packed with many great movies and unique stories.  The nominations included the biting satirical drama Parasite, world war one epic 1917, a feel-good film delivering a powerful message Jojo Rabbit, Joker showing nihilist approach to life and reinventing of a classic by Greta Gerwig in Little Women. Some other movies included in the nominations for best picture include Ford v Ferrari, Once Upon a Time in Hollywood and The Irishman. The fans and the experts were expecting that the winner could be from the list of above nine films, but the ultimate winner is genuinely deserving and delighted everyone. When most of the experts had already locked the world war one epic 1917 for best picture, then the announcement of Parasite by Oscars came an as big surprise to everyone.

The Parasite has become the first-ever foreign language film in the category for best picture to grab the award. It is the first remarkable win in the 92-year history of Academy awards and along with giving the reason to celebrate also has compelled the audiences to delve deep into the bases. Here is an insight into reasons that led Parasite to win the Oscars for best picture this year:-

Facing fierce competition from the films like 1917 directed by Sam Mendes and Once Upon a Time in Hollywood directed by Quentin Tarantino, it was the best campaigning strategy that paved the way for Parasite to win the prestigious award. Only making an excellent movie is not enough to win the Oscars, but the best strategy must accompany it so the people could know about the film. The team of Parasite, along with its cast and crew, did everything to promote the movie. They were all highlighting the strong points of the film attending the interviews of magazines, attending parties and giving photographs. Neon, the indie distributor having the distribution rights of the film in North America, came forward with an excellent campaigning strategy to introduce the film to Hollywood. 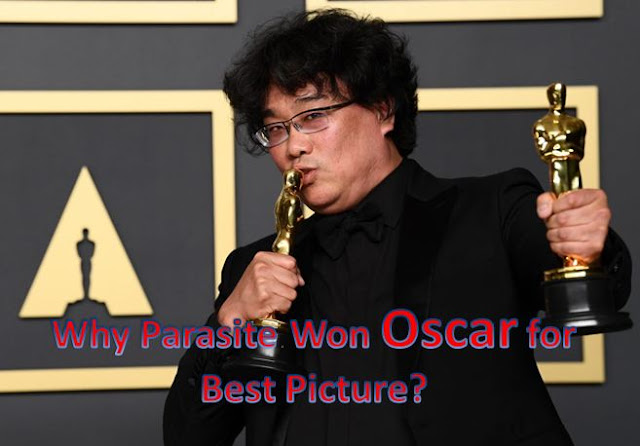 The positive reviews grabbed by the film worked a lot and finally destined it to win the Academy awards and create a history. Parasite scored not only a huge commercial success, but also it won the hearts of critics. Nearly, every critic found the film an exceptional one in terms of story and other features, and the most remarkable things are that the film got a 99% approval rating on Rotten Tomatoes. Academy Awards does not choose any movie by seeing its enormous commercial appeal only instead of the Academy also search for the real story. It became easy for the campaigning team of Parasite to present the receipts of vast box office collections of the film, and they efficiently brag about the records broken by the movie all over the world.

The director of Parasite, Bong Joon-ho, emerged as the most potent, enthusiastic and charismatic actor of the movie campaign. When none of the actors of the film received any nomination in the British and American award shows this year, it was the Bong himself who appeared everywhere talking about his film and making the audience aware about the best prospects of the movie. It became tough to give the fight to Bong from any director of the other movies. He worked passionately with the North American distributor of his film, Neon to carve out a strategy to capture the passion of the audience for his film. He attended interviews and appeared on several directors roundtable talks along. He soon made plenty of supporters of his film, and many big names of the industry became the friend of Bong.

Parasite: A chance to create history

It was the time for the Academy Awards for breaking their archaic trend to choose the movies, and they decide to celebrate the international cinema this year.  The parasite has everything to become the winner, and the Academy Awards chose the film which is not only the first foreign-language film but also the first South Korean film to win the Oscars for best picture. The decision of Academy Awards to choose Parasite for best picture of the year will impact not only the film positively, but also it will encourage the filmmakers across the world to make the great movies. The filmmakers scattered across the globe, making films in different languages other than English will get new energy and follow the footprints of Parasite to claim their place in the Academy Awards.

Daniel Ryan is a creative person who has been writing blogs and articles about security. He writes about the latest updates regarding office.com/setup and how it can improve the work experience of users. His articles have been published in many popular e-magazines, blogs and websites.