Browse Articles  »  Entertainment  »  Why is Sarah Lazow seen As An Inspirational Woman?

Why is Sarah Lazow seen As An Inspirational Woman? 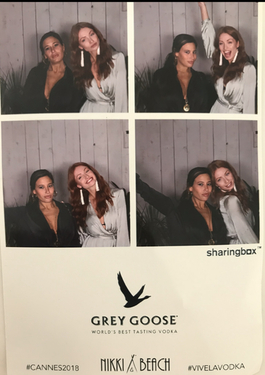 Owing to her incredible contribution to the film industry, Sarah Lazow is one of the most renowned personalities in the Western entertainment world. Lazow is highly appreciated in the entertainment industry as she successfully creates a unique identity for herself. Although she started working from scratch, she successfully set up a finance and TV production company known as Marada pictures. Flaunting consistency and extreme perfection, the phrase "it's impossible" doesn't exist in her books.

Suggested: Sarah Lazow Has Ventured Into The Man's World

The best appreciating trait of her personality is her faith in women as she believes in the principle, "No matter it is the entertainment industry or somewhere else, women are capable of bringing about drastic and foremost changes." Her faith in womanhood is clearly reflected in her very first project. The project was directed as well as produced by a female.

Ms. Lazow is renowned for creating series that feature a woman as storylines. Ms. Lazow reveals great zeal when it comes to showcasing inclusiveness and diversification with her movies' help. With Marada Pictures' help, she enjoys ample autonomy to come up with different and unique projects. Every movie of hers consists of a meaningful message that is unraveled at the end.

One of her movies, "The Weekend," is being disseminated rapidly. It is often being categorized under the heading of the "most-watched-and-talked-about" movie. The director of this movie is Stella Meghie. Premiered during the Toronto International Film Festival in 2018 and written by Stella, "The Weekend" is a comedy movie. The film also features popular stars such as DeWanda Wise, Tone Bell, and Sasheer Zamata. Homegrown Pictures have produced this movie after working in collaboration with Marada Pictures. In 2019, this movie was released throughout the US.

Apart from this movie, Marada Pictures is the financer of the Original Netflix series "V-Wars." Marada Pictures was seen to finance this series as an executive producer. Besides, the movie stars the actor Ian Somerhalder. The display of this series in 2019 can be accredited to the author Jonathan Maberry. The entire series is based on the comic book penned down by Jonathan Maberry. Besides, this series was featured on Netflix starting from 5th December till March 2020 beneath the category of a sci-fi horror movie.

In the American movie industry circle, Sarah Lazow is inspiring women who are willing to come forward to create a revolution. The value of hard work and devotion is reflected in most of her works.