Who Said Coal is Dead? Coal Uses is Booming Around the World

by Rudy P. SysAdmin at howtofindthemoney
Few industries have seen more economic ups and downs than coal. In Colorado and most of the United States, it has been mostly down for a couple decades, but it turns out that is not the case elsewhere. Not by a long ways.
Much has been made about the impacts of federal policy on the coal industry. In the West, that’s because the government owns nearly all of the land where coal is mined. But regardless of ownership, everywhere in the country federal regulation of air and water pollution has led to virtual government control over every aspect of coal mining — including when, where, and whether it can be mined at all. Thus, more attention is paid to government policies and pronouncements about coal than most other businesses.
Throughout much of the past decade opinion writers lamented what they called “the war on coal,” based on President Obama’s stated intention to end the use of fossil fuels — especially coal. It was a major campaign promise, and his administration tightened restrictions on mining (especially the strip mining common in the Appalachians), and particularly on its water and air impacts, while strongly encouraging utilities to switch from coal to natural gas or other sources. Those policies were exceedingly effective in killing a sizeable portion of the industry. They had significant help from interest groups and wealthy natural gas investors. 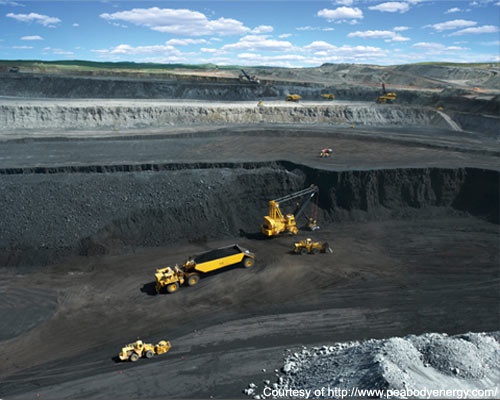 Most notably and publicly, former New York Mayor Michael Bloomberg almost singlehandedly underwrote the Sierra Club’s “Beyond Coal” campaign several years ago, to the tune of more than $80 million. In partnership with the Obama administration’s regulatory regime, their plan was astonishingly successful. He and the Sierra Club now boast on several websites that the “Beyond Coal” campaign has closed more than half the nation’s coal plants, 289 out of 530. That is not enough; he wants all the rest closed within 10 years. In June of 2019, he announced that he had committed over $500 million more to “close every coal-fired power plant in the United States.”
Not surprisingly, that has caused the closure of over half the coal mines, too — more than 760 closed in eight years. Before the anti-coal campaign began, there were more than 2,000 coal miners in Colorado alone. But in case you wondered, none of that $500 million is intended to help the families of unemployed and displaced coal miners. The New York Times explained that it is “to fund lobbying efforts aimed at state and local government officials.” In other words, it all goes to environmental lawyers, lobbyists, and activists.
Ironically, while America shifts to natural gas and other sources, India, China, and dozens of other nations are mining coal. That’s why America’s “fuel switching,” however well-meaning, may not help the global environment at all. In fact, worldwide, the coal industry is booming like never before.
Although perhaps a questionable investment in the U.S., new coal power plants have attracted $745 billion in new investment worldwide, in just three years. So says a new report by the world’s oldest international news service, Agence France-Presse. The report looked at all 258 coal plant developers identified in the “Global Coal Exit List,” created by several international banks. The analysis found more than 1,000 new coal power plants in the planning pipeline — almost twice as many as were ever in the United States.
Needless to say, environmental groups are not happy about this trend, though they may have less power to stop it outside the U.S. An organization called BankTrack follows world banking investments closely, for the purpose of persuading banks to disinvest in activities it considers environmentally “unsustainable.” A BankTrack “climate campaigner” lambasted these new coal investments, saying, “Most of the top banks providing loans or investment banking services to these companies acknowledge the risks of climate change, but their actions are a slap in the face to the Paris Climate Agreement.”
According to the report, much of the investment comes from three top Japanese banks: Mizuho, Mitsubishi, and Sumitomo Mitsui. Those bankers apparently realize what many in America seem to have forgotten. Namely, that coal is by far the world’s most abundant and affordable source of energy, and that much of the world is still starving for the lifestyle that affordable energy provides.
Americans have a love affair with their environment, and because they live in the world’s most prosperous society, can afford to spend fortunes improving it — including tremendous strides in clean coal technology. They might remember, though, that affordable energy is one of the main reasons they have that luxury.
The 10 largest coal producers and exporters in Indonesia:
Click Here! Top Clean Coal Contractors for Power Plant, Gasification, Liquefaction and Emission Control System
Source: Greg Walcher is president of the Natural Resources Group and author of “Smoking Them Out: The Theft of the Environment and How to Take it Back.”