Browse Articles  »  Business  »  What Do You Need to Know About Electric Ceramic...

What Do You Need to Know About Electric Ceramic Hobs?

by Jackson William Blogger
The electric hob can be said to be one of the greatest innovations in recent times to grace the kitchen of the modern homes. Now, many houses use a combination of electric cookers and gas cookers. It’s commonly used in apartment homes and condominiums as well as other residential properties.
It generally comes in several different varieties - there are induction hobs that use magnetic coils to generate heat within the pan. And there is also more traditional sort such as an electric ceramic hob that uses electricity to heat up a platter, upon which pans and pots can be placed during cooking. Here are some types of electric hobs: 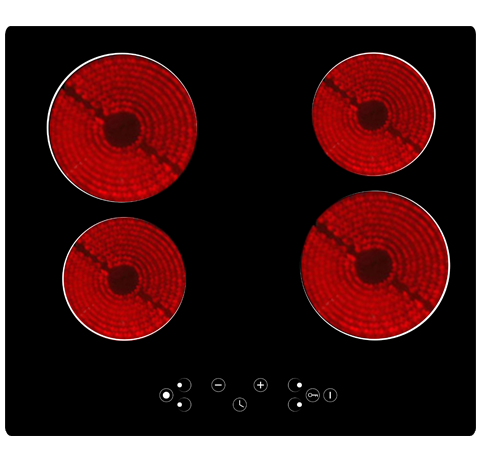 Types of Electric Hob
Equipment for Electric Hobs
Traditional electric hob does have one advantage over induction hobs- they are able to work with any pan, including non-magnetic pans. It makes traditional electric hobs the more obvious choice, especially for those who have assembled a sizable selection of ceramic and metal pans.
And in the case of ceramic hobs, however, you’ll want to be aware of the risk of damaging the glass. It will tend to crack if a heavy pan is dropped on it from a height and scratch if dragged on its surface.  Aluminum and copper-bottom pans may encounter a similar problem because that can potentially leave microscopic particles on the surface of the hob after cooking that can form a residue that will necessitate cleaning.
Electric Hob Safety
Electric hobs don’t produce poisonous gases like carbon monoxide. And they are safer than their gas-based equivalents. Many electric hobs come with safety features that turn off them automatically after a given time span. But you still need to ensure that you turn off the equipment before walking away from the hob after cooking is done. It’s especially so in the case of plate hobs that absorb heat and take longer to return to room temperature. Relying on the available wattage, they are able to reach temperatures far.
Conclusion:
Electric hobs generally come in one freestanding stove that has electric coils. And the mechanism of an electric ceramic hob drives them simple and you can also choose the electric hob to save your time and make your cooking much faster.