The Ubisoft Forward event was aimed at doing much more than an ordinary live stream. The event focused on spilling some beans about the Watch Dogs Legion and its release date. Ever since the trailer’s release, the fans were eagerly waiting for a confirmed release date of the game. No wonder there will be millions of fans heading to the consoles on the spur of the moment the game is released. 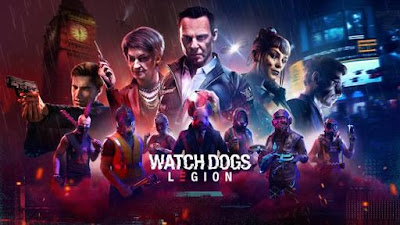 Ever since the E3 got cancelled, there has been a tinge of despair among the fans. The reason for cancelling the E3 was apparent. The crisis the world has been facing isn’t letting anything significant happen. However, the fans weren’t left stranded. Many major game reveals were announced via online live streams. One such superbly awaited event was the great Ubisoft Forward. The event was not only an exciting watch, but it also revealed some crucial details about the games. The highly loved Watch Dogs Legion was the first game they talked about in the event.

Here comes a piece of big news for the ones who had been waiting for the release of Watch Dogs Legion. The game will be released on 29th October 2020. The console game will be made available on PC, Stadia, PS4 and Xbox. All the other next-gen systems will follow. Spoiler Alert! The players are going to fight with the leader of Britain’s most prominent criminal organization.

The trailer of the game shows some hidden secrets. Some allies can be beneficial to fight with your cruel enemies. The players can handle the control of multiple characters in the game to fight with the British police. These characters include grandma, a drone specialist, a professional hitman, and more. The fun part comes here. Every character you choose is given with some unique qualities like no other. However, with these special qualities, comes some weaknesses too. You need to be thoughtful while selecting the characters according to the obstacle that lies in front of you.  In the end, you will have to complete the missions using your intellect.

The Ubisoft Forward Livestream was successful in throwing light on the exciting features of the game. A wave of excitement has shaken the audience, especially for the ones whose hands are tempting to play the controls of the game. A confirmed release date sounds better than a long clueless wait. The fans are now aware of the release date, and can now count the days until 29th October 2020.