The Baby-Sitters Club is an American Web TV series that is based on its children’s novel series The Baby-Sitters Club written by Ann Martin. This show was released on Netflix on the 3rd of July this year. The story is based on the friendship and adventures of five middle school girls, Kristy, Claudia, Stacy, Mary, and Dawn, who start their babysitting business in a small town of Connecticut called Stonybrook. This show captures the originality of the book and the original series that used to air on TV, very beautifully and it also brings contemporary twists. 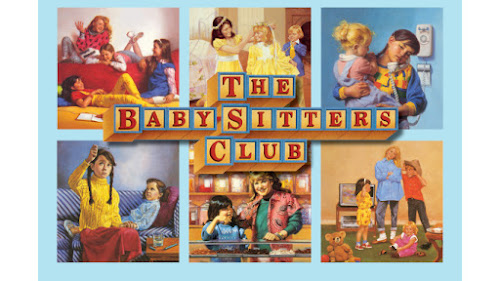 The novel series on which this story is based on has eight sets, in total. It has been adapted in a film as well as in a TV series. The film adaptation was released in 1995. Ann M. Martin, the original writer of this series, had written the first 36 novels in this series but ghostwriters wrote the subsequent books. Initially, there are only four members of the babysitting groups, and those are Kristy Thomas, Mary Spier, Claudia Kishi, and Stacey McGill, but the number of members in this club varied throughout the series of books. The novel was narrated in the first person and dealt with issues like divorce, shifting, illness, and more.

Rachel Shukert created the Netflix adaptation that highlights the entrepreneur ideas of these five school girls who launch a one-stop-shop for all the babysitting requirements in their hometown. Like a normal school girl, they have their own sets of conflicts. They all juggle between their business and school life while facing various difficulties and dealing with the flashbacks from their childhood experiences. Each character in this story has their own sets of struggles, disappointments, and challenges, but they surpass the challenges with the support of each other’s friendship and compassion. Season 1 was a light-hearted feel-good show of the summer that ended with the two-parts finale set at a summer camp. What’s coming up for this show?

There is no official statement from Netflix about the second season of The Baby-sitters Club, but there is a heap of positive reports that unofficially confirms that the show is going to have another season that will introduce characters like Jessie Ramsay, Logan Bruno, and Mallory Pike. All of these new characters will play a vital role to bring some twists and turns to the storyline of The Baby-sitters Club. The new season of The Baby-Sitters Clubs will possibly be launched during the spring or summer season of 2021.